In the Heart of the Sea

A guide to the Summer 2015 common reading

Check out a copy from the Library! 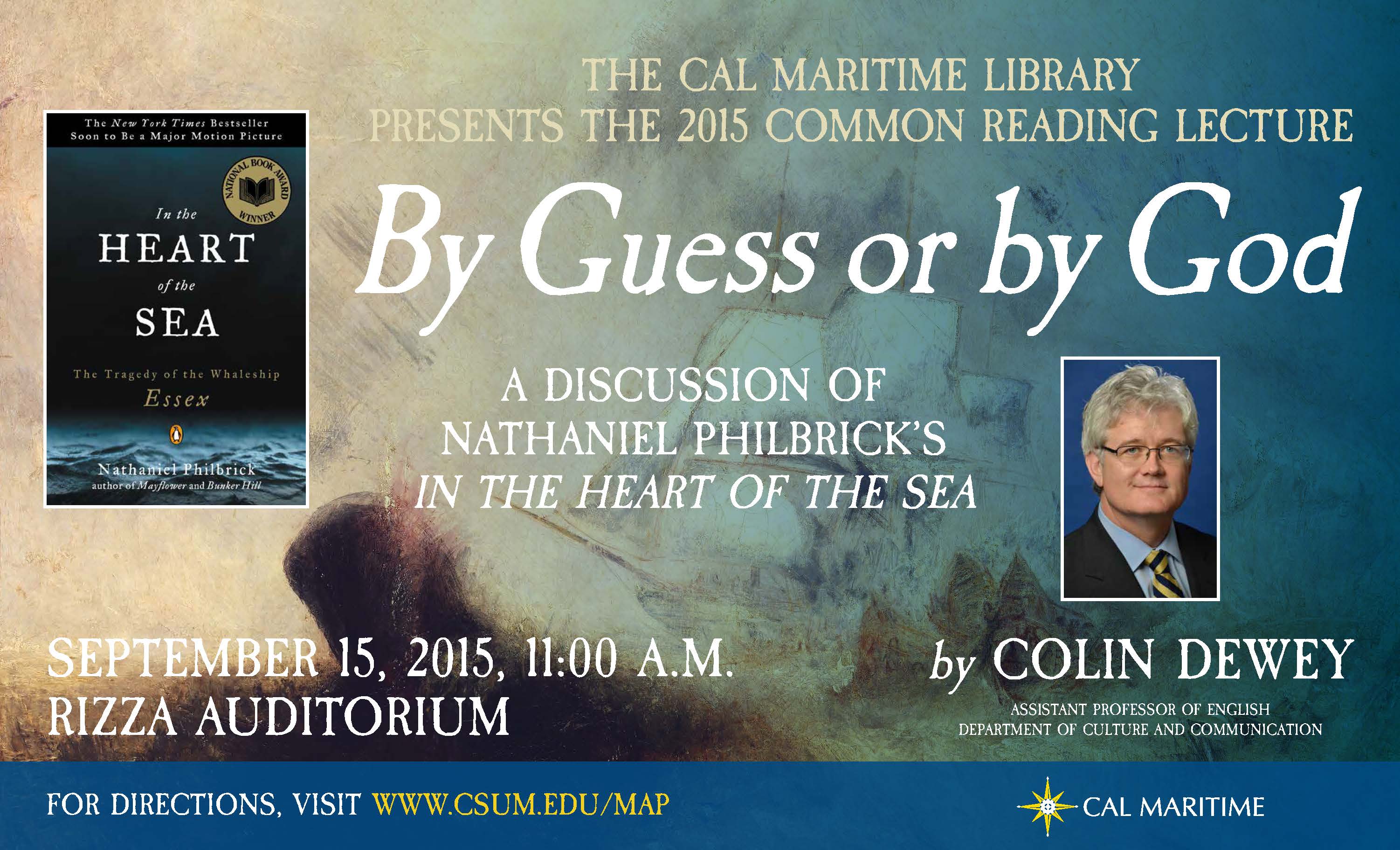 Paths That Shine: Nantucket and the Essex from Courtyard Films on Vimeo.

Some of the content included in this guide requires a Cal Maritime ID and password if you are not on campus.