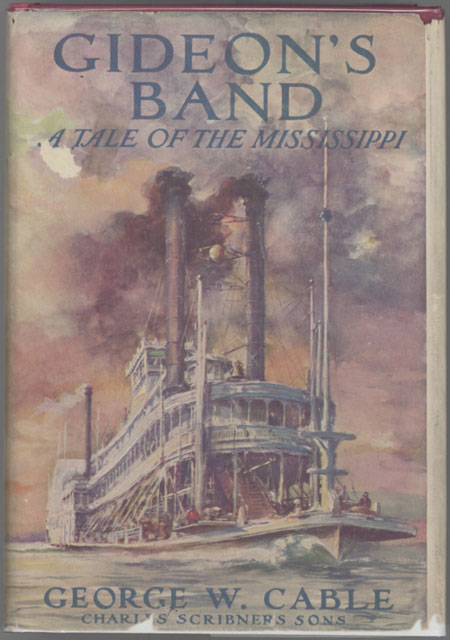 Based on the author's experiences on the Mississippi River. Intriguing rival steamboat owners, and the cholera epidemics of the late 1840s. 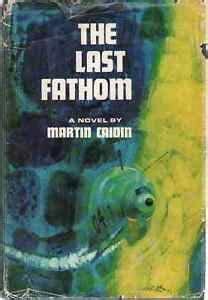 Russians plant doomsday bomb in middle of Atlantic to destroy America and Europe, and secret US sub, controlled by only two men, tries to stop it. 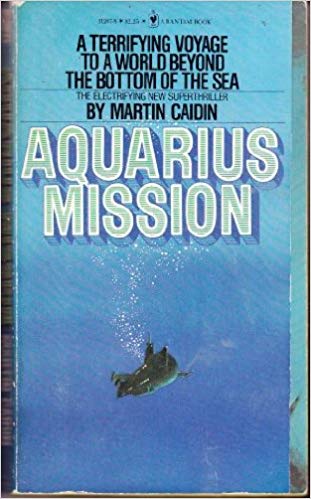 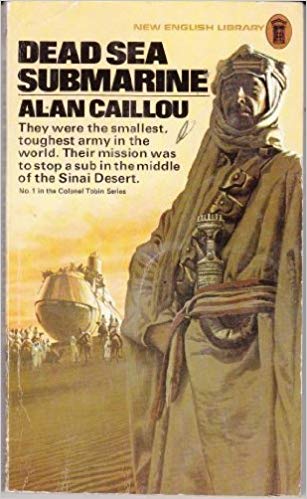 Arabs are moving a submarine across the desert to the Dead Sea, and commandos are sent to stop it. 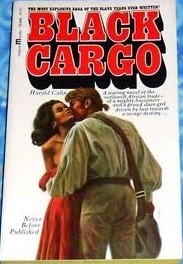 Sexual tension aboard ship during the darkest days of the slave trade. 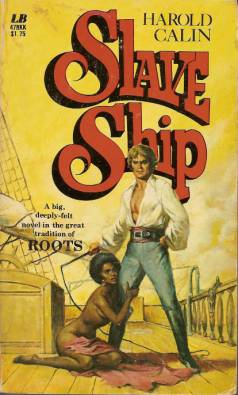 Young idealist from New England ships out on a slaver, learns about the evil trade first hand. 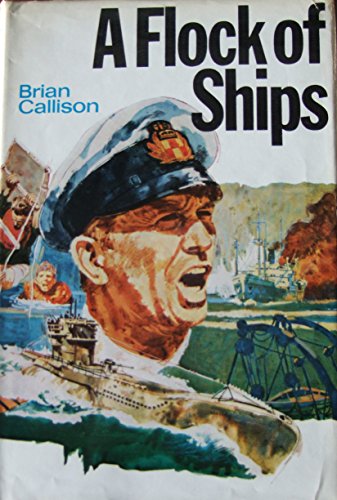 Deals with the crew of a British merchantman in WW II in the South Atlantic. The ship is carrying new radio codes to other merchant ships, and the Germans want them. U-boats stage a number of distant pyrotechnic displays which spook the freighter's crew, driving them to anchor in the lagoon of a Tristan da Cunha-like island. there they fight it out with the subs, there being no survivors. The story is told as the journal of the freighter's first mate, which is discovered aboard the still-anchored ship by an RN survey ship in the mid-1960's. 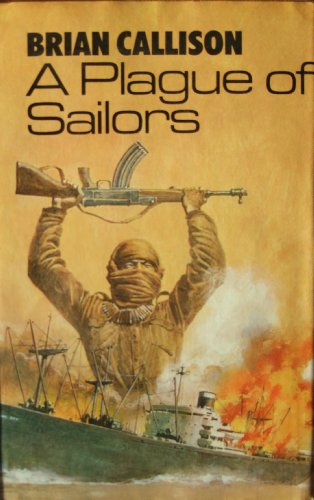 Following an earthquake in Israel, an Arab dissident group steals a vial of anthrax bacillus, and attempts to smuggle it into Israel aboard an Egyptian relief ship. British naval special forces that operate out of a dummy steamship line set out to foil the plot. Set approximately 1971-72. 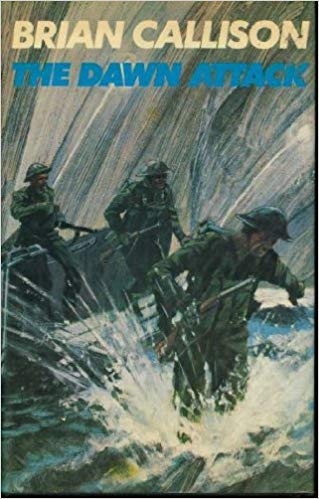 Fictional account of a British Commando raid on a Norwegian port during WW II, based on a number of actual raids. 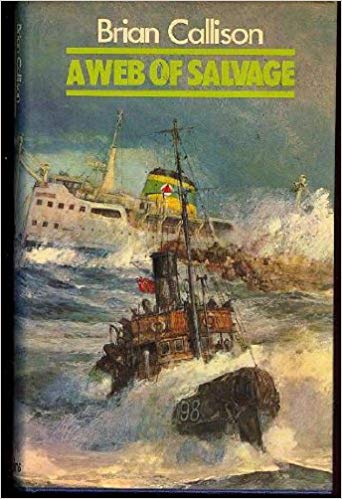 Battered old salvage tug TACTICIAN is on her final voyage home when a mayday call during a force 10 storm leads them into a dangerous mystery. 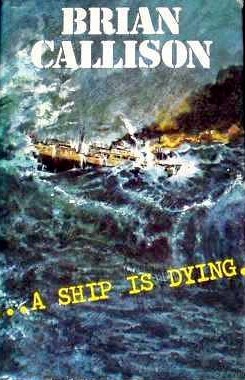 The last minutes of a sinking ship, very evocative and very "real-time", and to set it apart from other disaster novels it's not five hundred pages long and is illuminated by the hell-red glow of Callisons wit. Very recommended by JH. Watch out for the parrot! 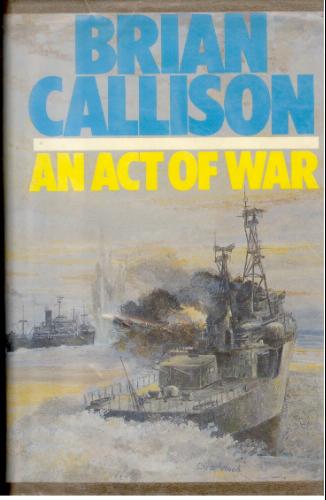 U.K. title: A Frenzy of Merchantmen. The Soviet Navy in the 1980s blockades the Baltic Sea to British shipping. In retaliation, a Royal Navy ship provokes the Soviets into an act of war. Soon nukes and Nazis are flying around. 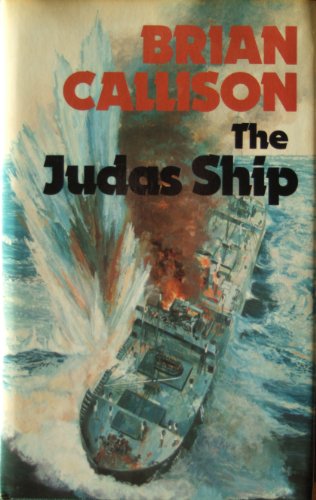 Merchantman attacked and damaged by German surface raider seeks the shelter of a narrow river harbor in Brazil for repairs, only to discover that the Raider is moored up-river of the ship, repairing damage done to it by the merchantman. The Germans cannot attack the merchantman while it is in the river because the raider would be trapped if the merchantman sank in the channel.< 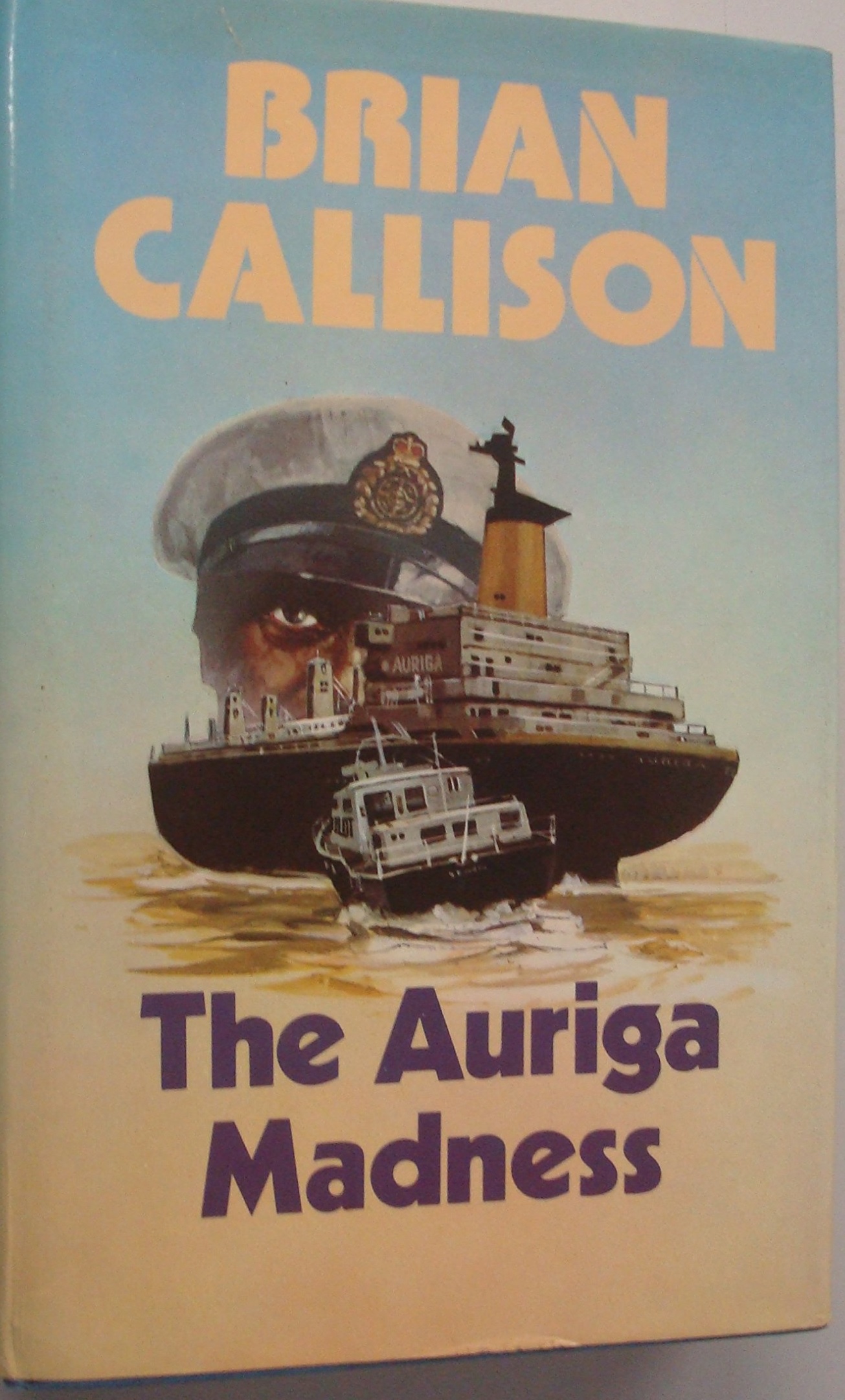 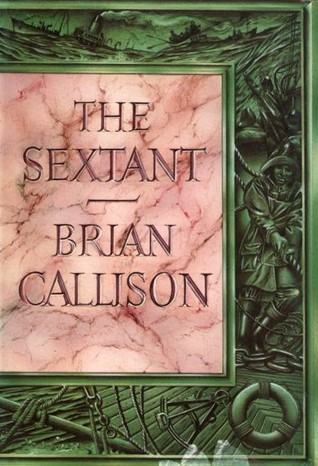 In 1941 the MV HIGHLANDER was torpedoed and sunk with all hands. In 1981 the captain's sextant is discovered as part of a thief's loot. The captain's son sets off to find out what really happened forty years ago. This leads him to a small community (in N Scotland?) where the other loot was from. Although the community is close-mouthed, he slowly comes to discovered what happened to his father. 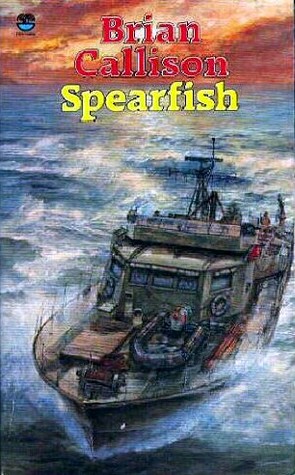 Captain Crofts is called on to board and capture a ship full of present-day mercenaries. 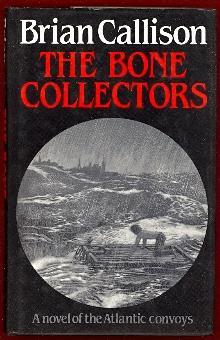 The name given by U-Boat crews to the ships assigned to pick up seamen who had abandoned ship. It is a novel of ordinary Merchant Navy convoy men seen through the eyes of the chief officer of the OLYMPIAN, one of the Bone Collectors.

The Calauria is a floating powder keg. Add an inquisitive lady reporter and a group of teenagers out to make trouble and the plot thickens. 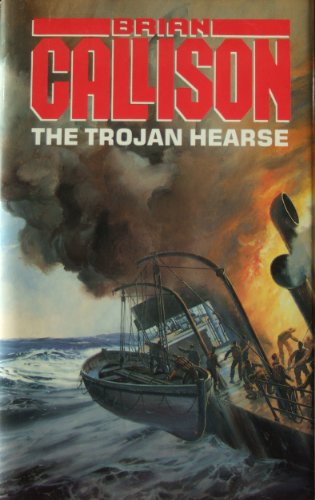 WW II action as the Germans plot to revenge the St. Nazaire raid. U-boat Captain Reitz gets do do the honours. The plot is a bit stretched but this is more than made up for by Callisons writing -and the pace at which it is forced on. 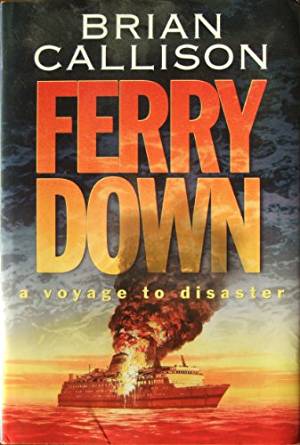 Passengers on the Orion Venturer have no idea that their ferry has been converted from a casino ship. Vital corners have been cut, and none of her multinational crew know the ship well enough to be of any use in an emergency. It would take one act of folly to initiate a tragedy. 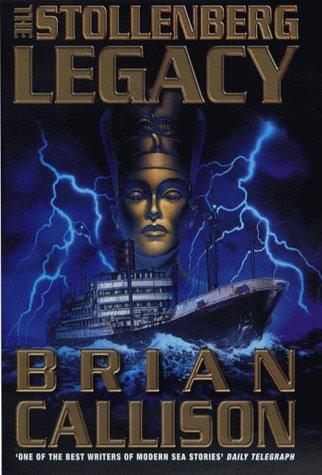 At the end of world War II, Nazi war treasure was hidden by British soldiers within the structures of a Russian ship. Fifty years later, the poeple who hid the treasure are trying to recover it, leaving behind them a trail of murders. 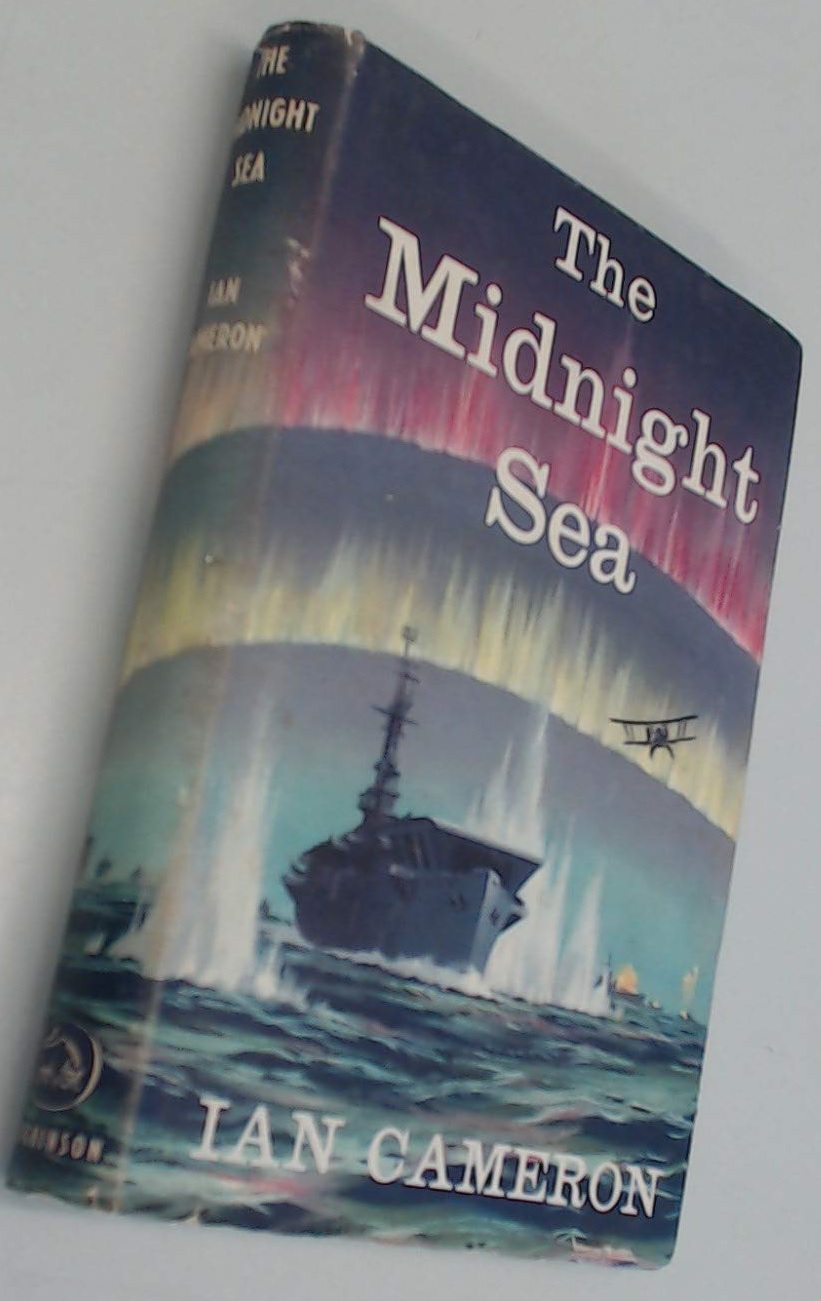 The aircraft carrier HMS VIPER is escorting a convoy to Russia and has to fight the weather and the Germans all the way. The Captain's son joins the ship off Scotland, as batsman (officer in giving directions to aircraft pilots by means of hand-held "bats"). The story matter-of-factly unfolds. The characters do not seem to be fleshed out, the loss of a ship or aircraft takes few words. In spite of this by the end of the book you have the whole picture of the sea war as fought by the Royal Navy and in this particular case the Fleet Air Arm in those inhospitable latitudes. Strangely enough the enormous effort and sacrifice made by the convoy to reach Russia and by the Germans to prevent them doing so is convincingly demonstrated. 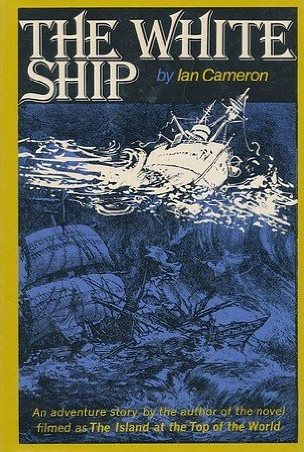 A Spanish treasure ship goes aground in the South Shetland Islands in 1818. In 1974 an expedition searching for golden seals finds the treasure ship, and unquiet ghosts that give them more then they bargained for. 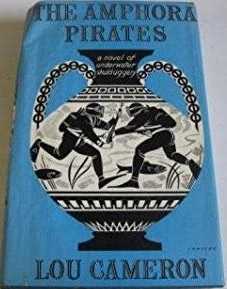 Diving for ancient treasures off Greece. 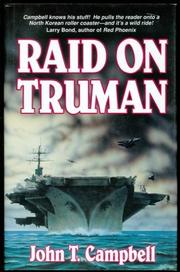 Crew of nuclear carrier is knocked out by nerve gas and North Korean troops take it over. Small bunch of crew survives, and tries to free ship. 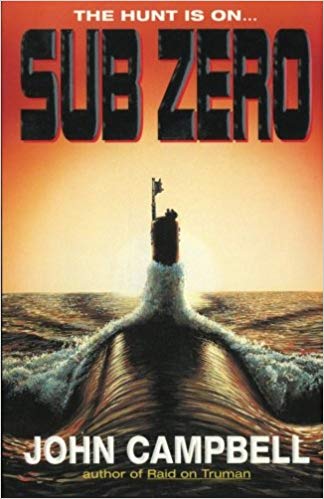 When a heavily armed assault team is dispatched from North Korea and prepares to grab the United States's most devastating military secrets, an undertrained, outgunned band of servicemen, scientists, and civilians becomes the nation's only hope. 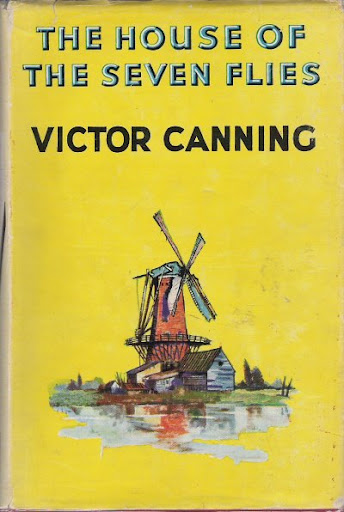 Danger and intrigue in Netherlands waters on a yacht 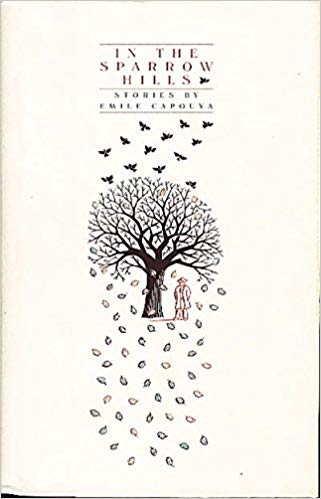 "In the Sparrow Hills", "The Other Rogozhin", "A Parenthesis" and "Staring at the Sun" tie into the author's wartime merchant marine experiences. 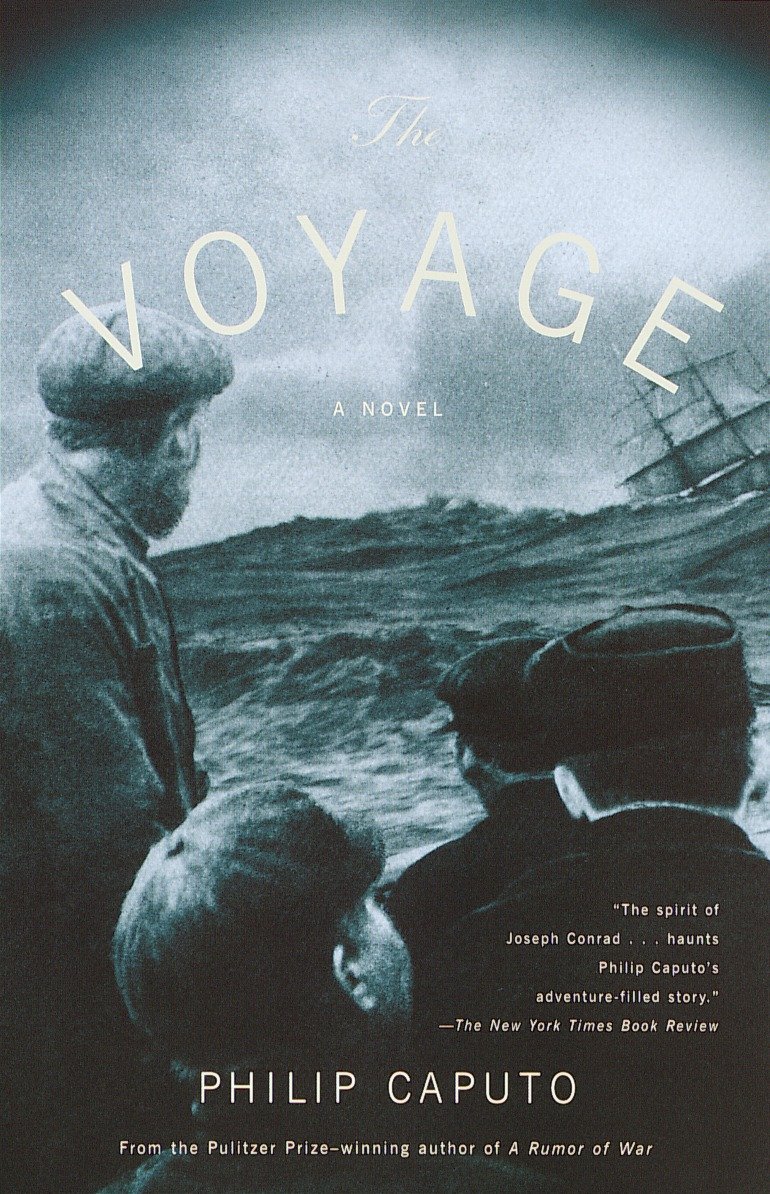 In June 1900, Cyrus Braithwaite, a gruff Yankee granite magnate, orders his three teenage sons to board the family's beloved schooner, sail away from their imposing Maine summer home, and stay away until September. His sole explanation for this sudden expulsion: "It's a new century, boys." Puzzled, abashed, but also intrigued by the adventure forced upon them, Nathaniel, Eliot, and Andrew leave behind their privileged WASP childhood and head out to sea--bound, they decide more or less on a whim, for the Florida keys.