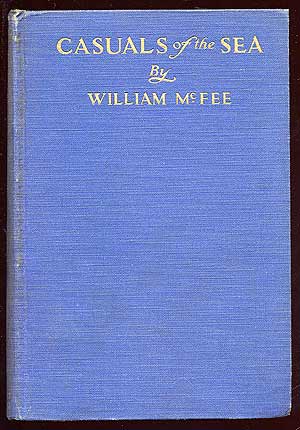 A child born out of wedlock attempts to find work in the London dockyards. 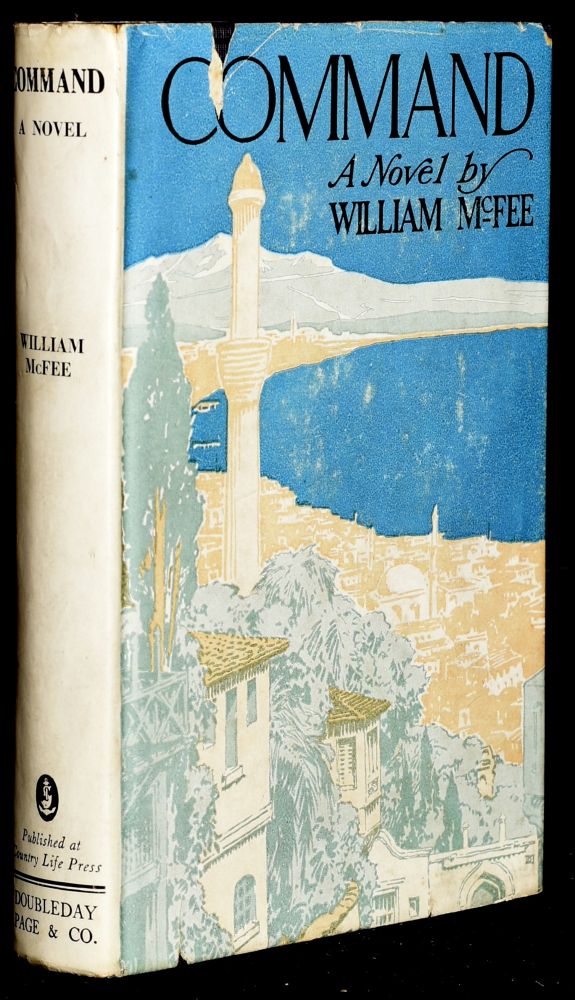 Adventures of a mate on a British freighter. 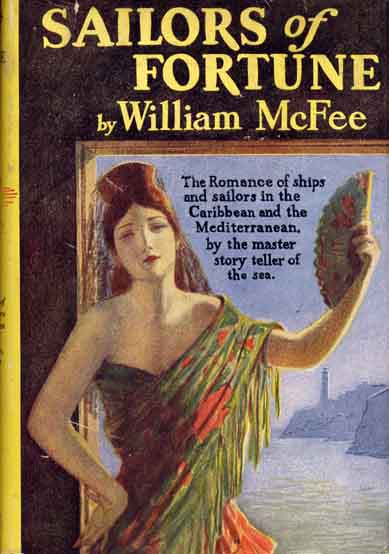 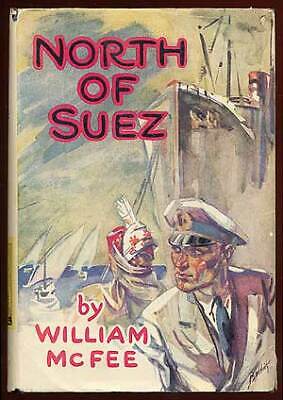 The adventures of Lt. Stephan Rumford, RNR as he serves as the Chief Neutral Transport Officer at Port Said during WW I. Rumford -- who believes all foreigners are "Dagos" -- executes his responsiblity for passing neutral ships through the canal with scrupulous honesty, to the discomfort of the captains attempting to carry private cargos on government charters, and the disgust of his wife, who cannot understand why he won't feather his nest with offered bribes. 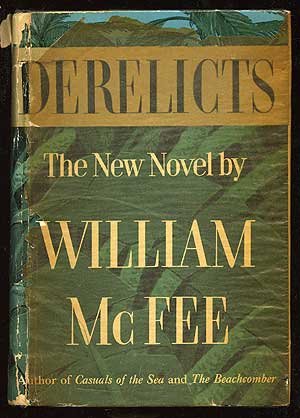 Our hero, chief engineer of the SS SANSOVINA, meets a wealthy passenger and spins her a yarn about WW I. 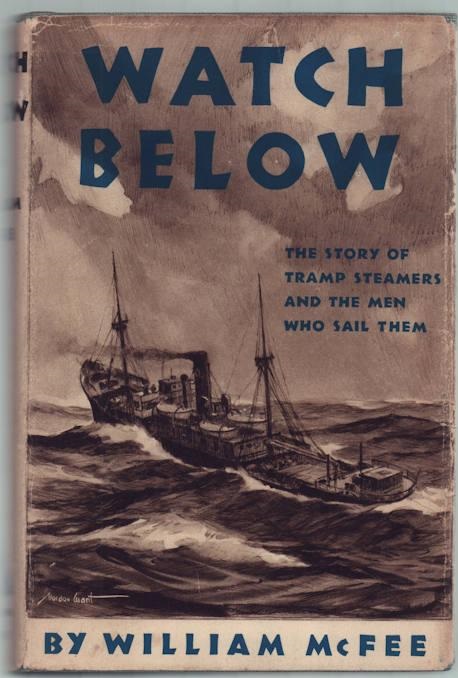 Watch Below : a reconstruction in narrative form of the golden age of steam when coal took the place of wind and the tramp steamer's smoke covered the seven seas. Random House, 1940. 375 pages

Lightly fictionalized account of the author's experiences with the British tramp freighter trade. 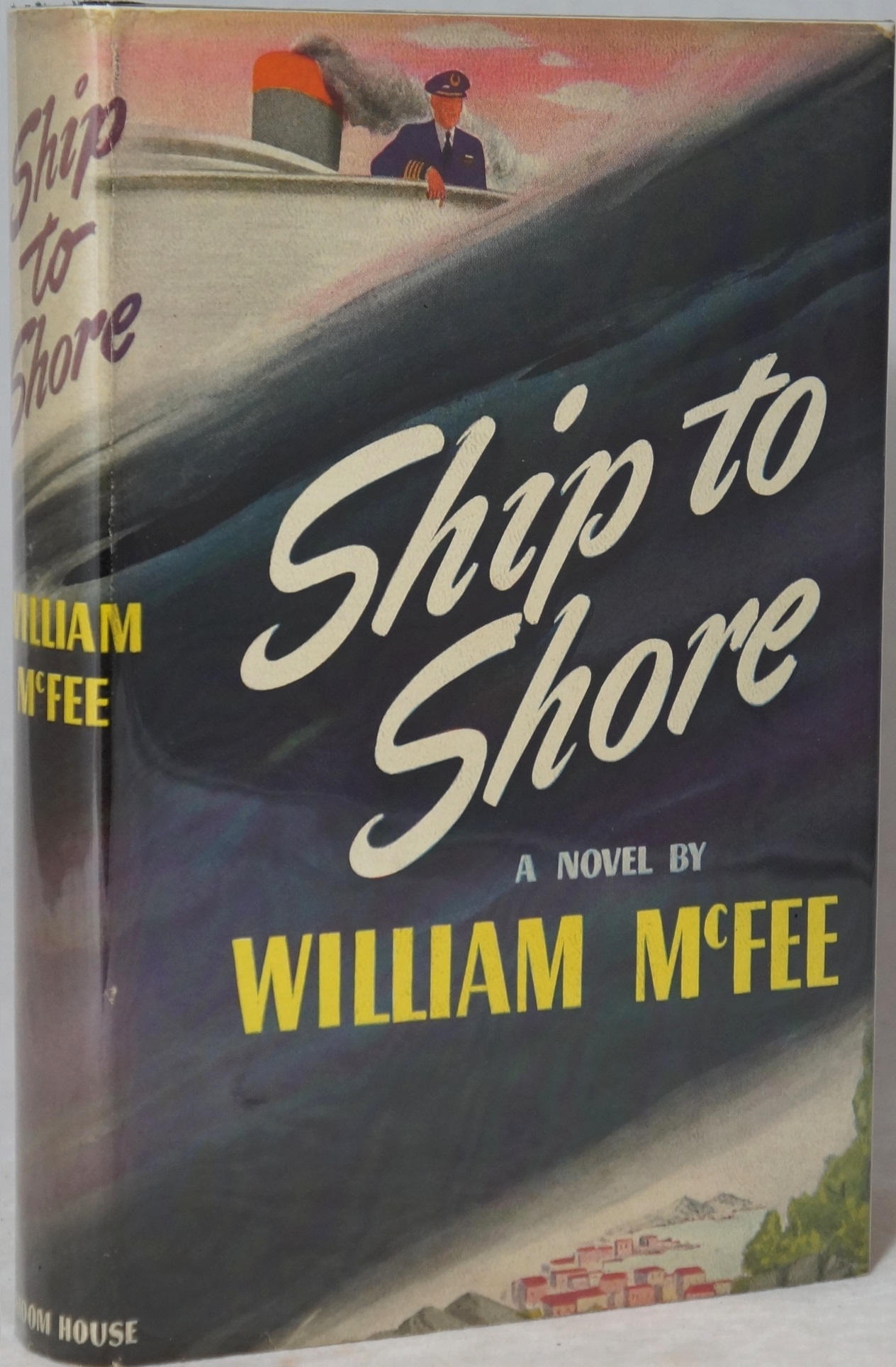 The captain of the luxury liner LEXINGTON during the Depression deals with a fire at sea. 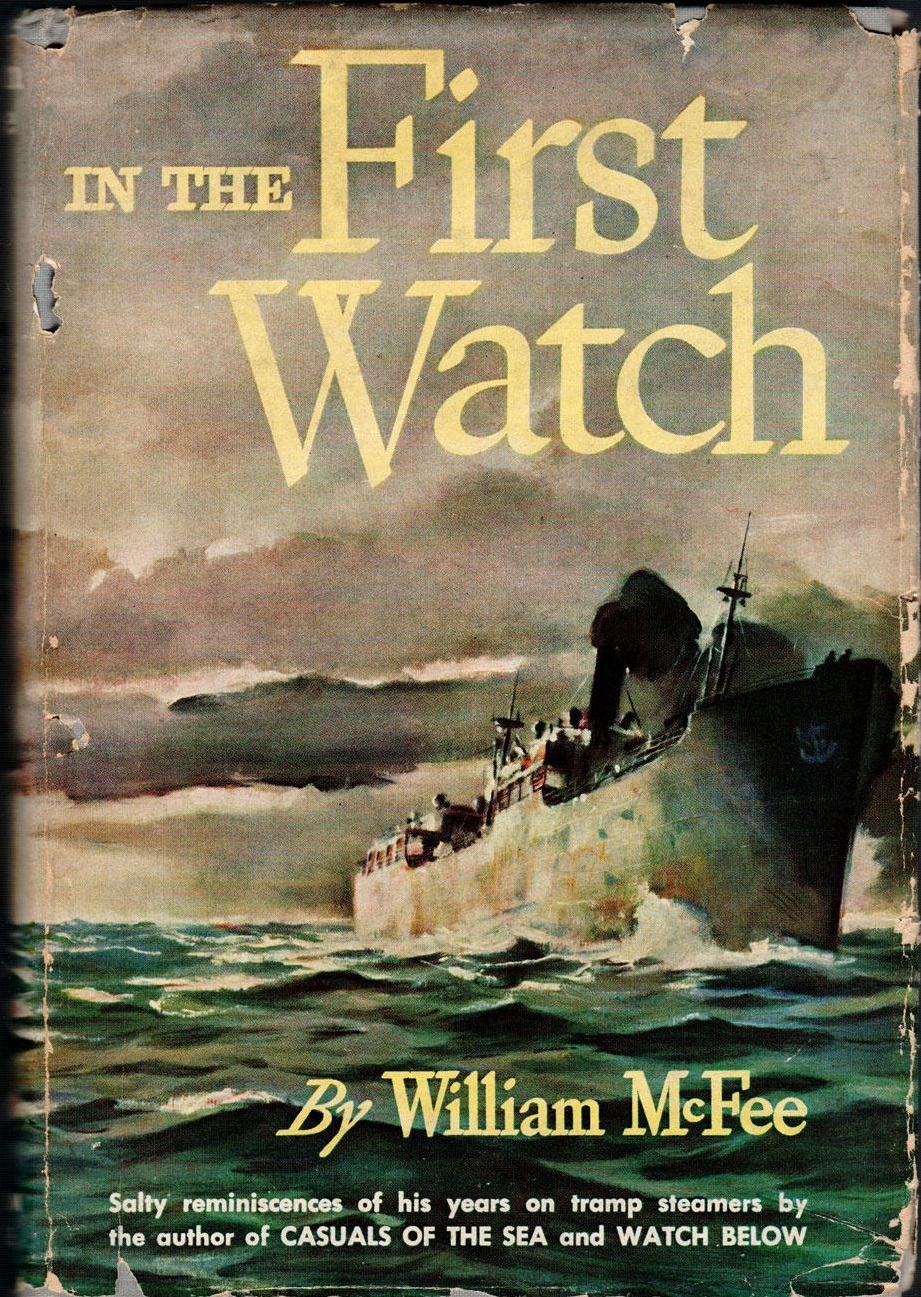 Reminiscences of life at sea in British tramp steamers before and during the Great War. 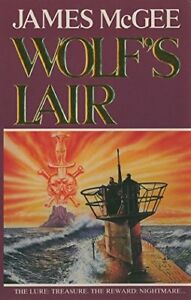 A familiar story - In the closing hours of the Third Reich a U-boat is loaded with a mysterious cargo and an even more mysterious passenger. The captain's orders are to proceed (refuelling on the way of course!) to Argentina and ignore all instructions to surrender. A present day adventurer, ex-special forces - framed drug smuggler, is recruited by the U-boat captain's son to solve the whereabouts of the lost submarine after his father's Knight's Cross (with oak leaves, swords and diamonds) is found clutched in the hand of a dead Greek fisherman. Written in an offhand style making a fair light read in spite of the spectre of the Fourth Reich. 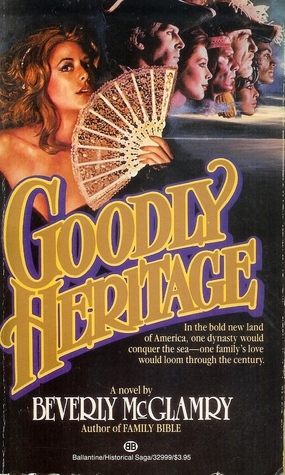 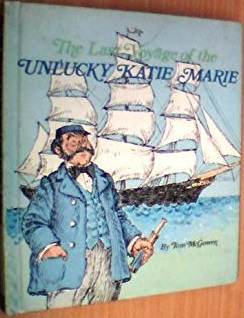 After spending all his money on a cargo to trade in India, the captain of the clipper UNLUCKY KATIE MARIE is forced to use chunks of ice to ballast the ship. 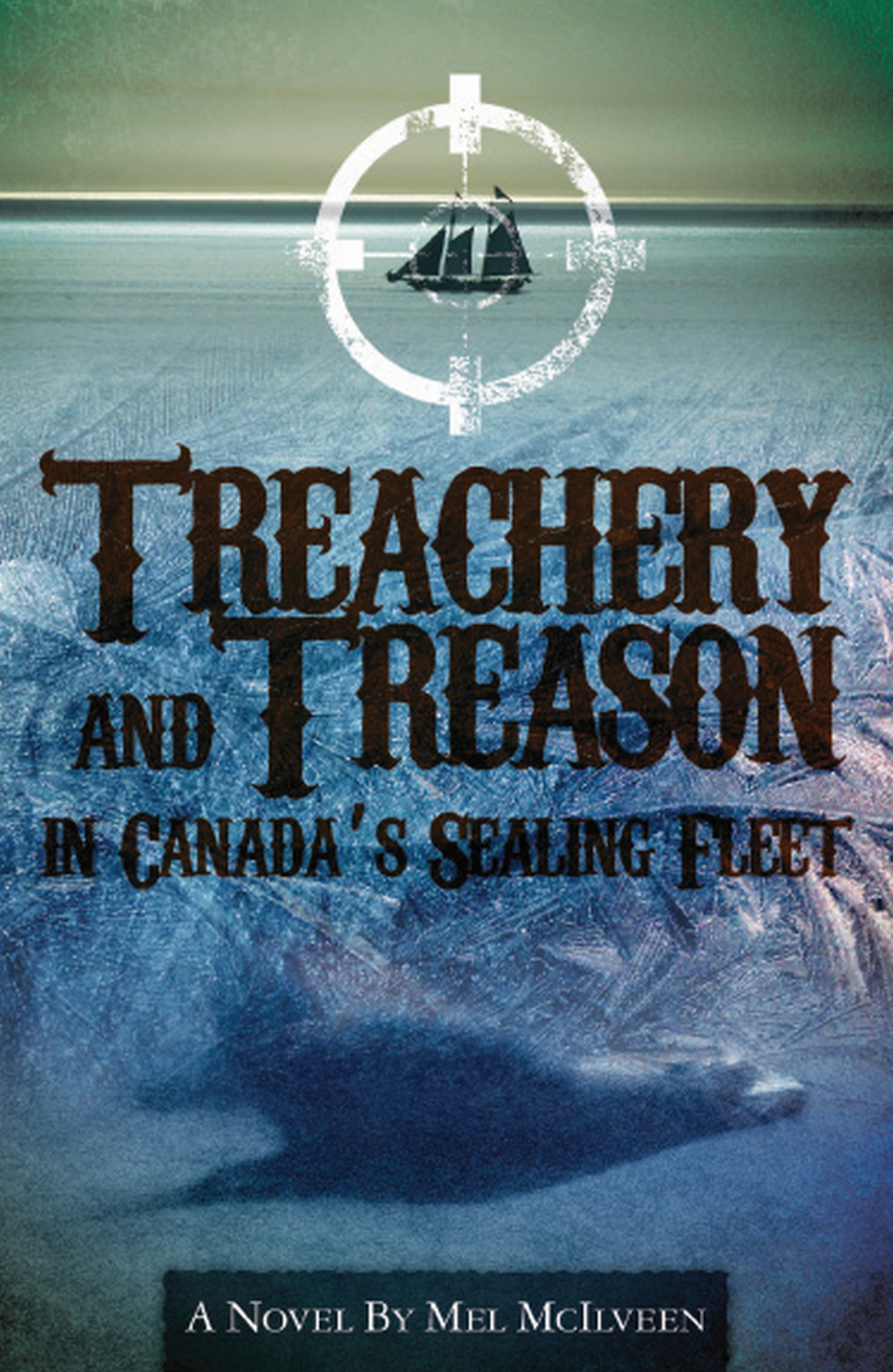 Inspired by Victor Jacobson, a well known West Coast sealer based in Victoria B.C. This is an epic love story and rivalry between two 'sea dogs' played out on the sealing grounds of the Pacific North West. It is set in a period when Vancouver Island was not part of British Columbia, not part of Canada and not part of the USA. 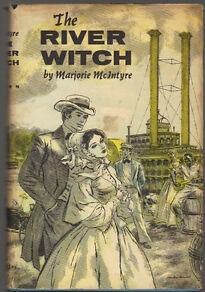 The daughter of riverboat captain and her adventures along the upper Mississippi. So notorious in her day, they wrote songs about her. 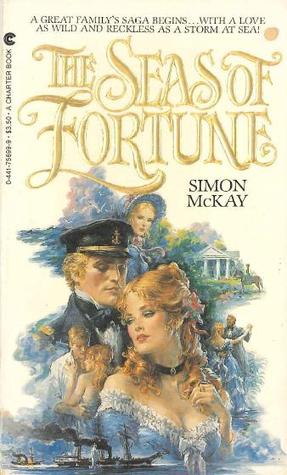 Yankee captain and ship designer moves to Charleston, begins developing revolutionary steamships, becomes a noted blockade runner during the Civil War, and continues his struggle to get steam accepted following that conflict. 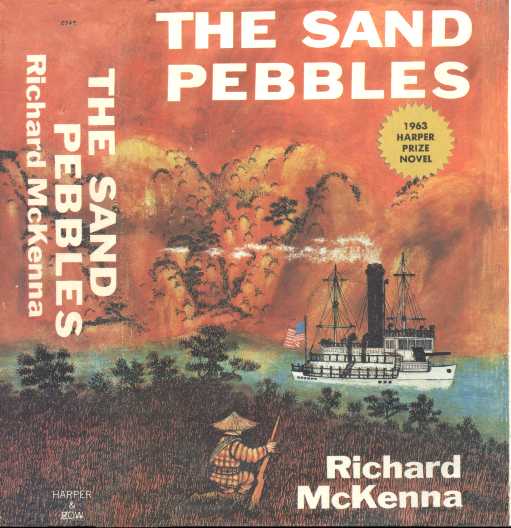 For years the U.S. Navy gunboat San Pablo has been patrolling a tributary of the Yangtze River in China protecting American missionaries and businessmen. Her crew has grown soft and lazy. Then the great Chinese Revolution of the 1920's breaks out. This is the story of the crew, particulary Jake Holman, as they face the precarious situation and make agonizing decisions. 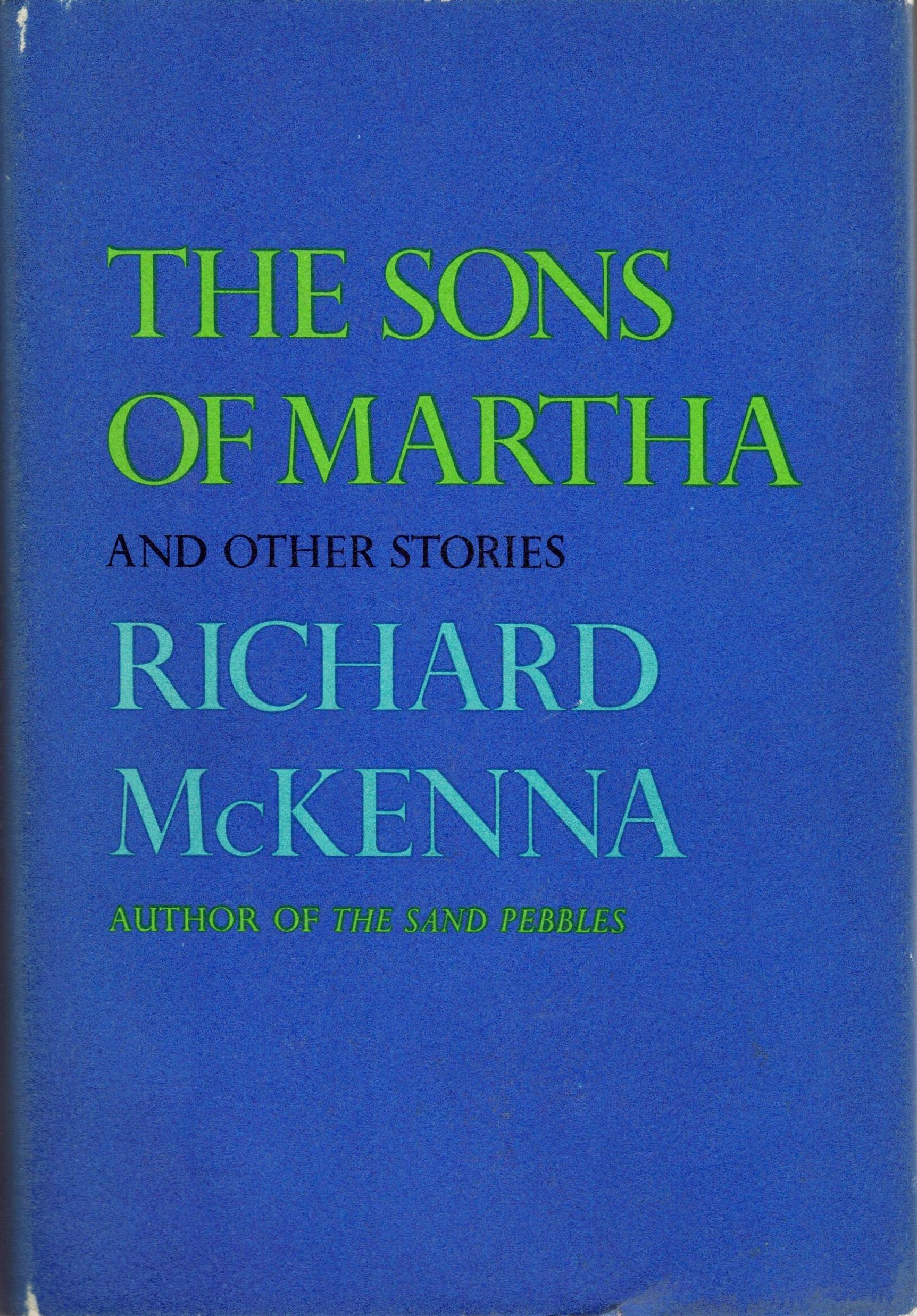 Posthumous collection of McKenna's short stories, and the unfinished novel on which he was working when he died. In addition to first three sections of the novel, the collection consists of an autobiographical essay, Journey With a Little Man; short stories King's Horseman, Fool's Errand, and A Chronicle of a Five-Day Walking Tour Inland on the Southern Portion of Guam. 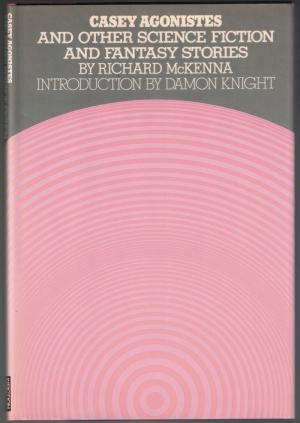 Posthumous collection of McKenna's SF short stories: Casey Agonistes.--Hunter, come home.--The secret place.--Mine own ways.--Fiddler's green. The last work, perhaps McKenna's most ambitious story, tells of a group of men adrift in a small boat, without food and water, who mentally create a pocket universe into which they may escape. 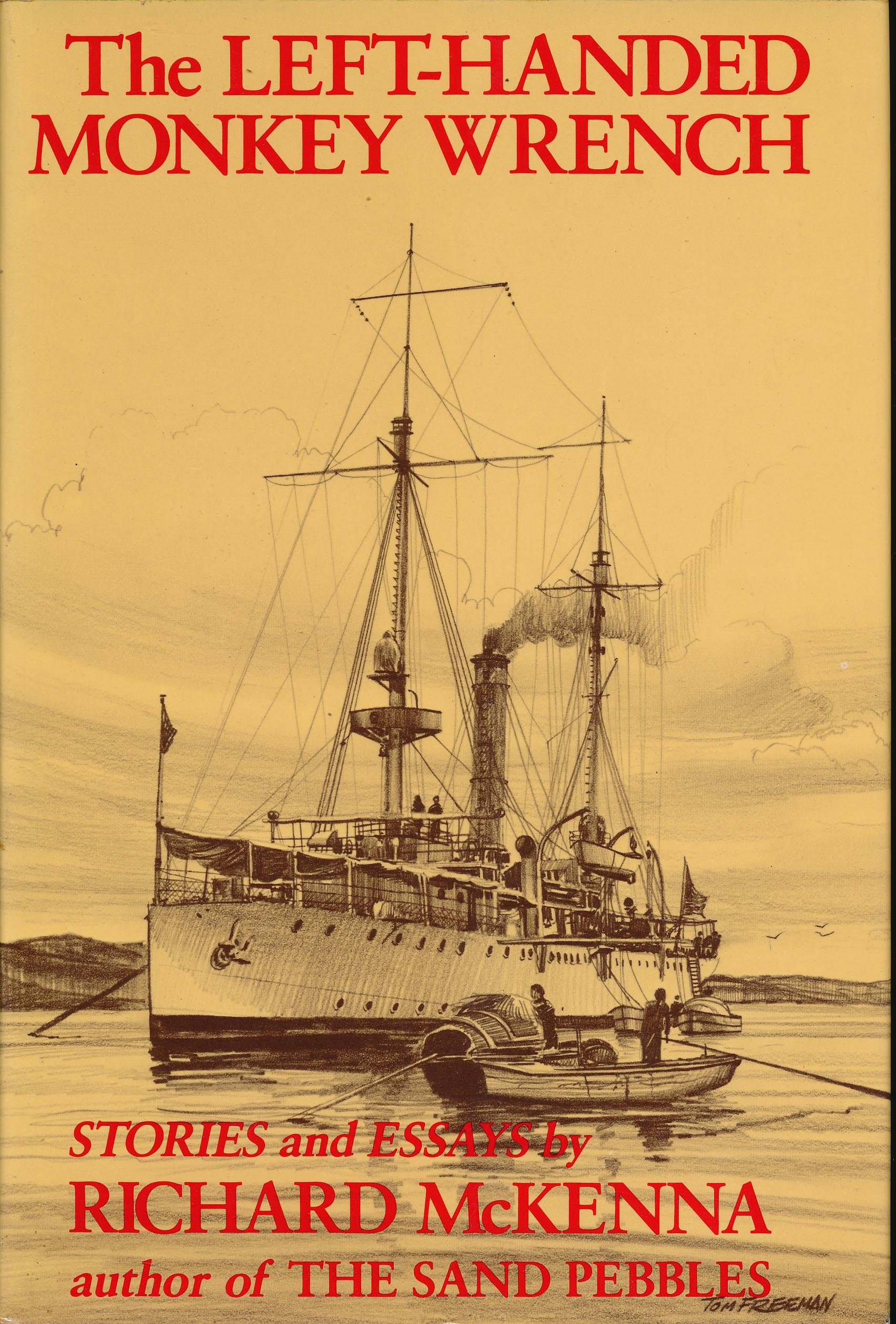 Collection of stories, essays and part of the autobiographical novel he was working on at his death. Includes: The Left-Handed Monkey Wrench; Church Party; King's Horsemen; Life Aboard the USS Gold Star; The Fiction of History; The Wreck Of Uncle Josephus; and The Sons of Martha. 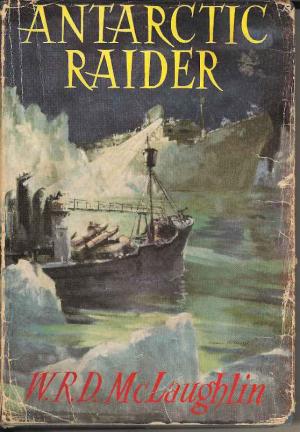 In the closing days of 1941 the German surface raider VIKING leaves Hamburg on a secret mission to capture the Allied whaling ships operating off Antarctica and return them to Germany with the whale oil from which glycerine is to be extracted for munitions. The mission is not as secret as the Germans hoped, the British have got wind of it and dispatch the armed merchant cruiser QUEEN OF NEW ZEALAND, under the command of Captain Carmichael, RN, to combat the threat. 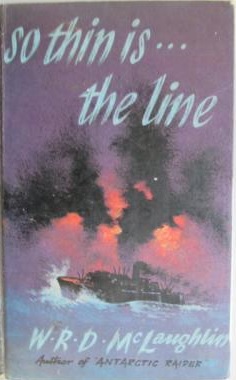 A convincing WW II story of piracy, sabotage and murder on the high seas when whaling was a reputable industry and an economic necessity. As the sub-title hints, this is a continuation of the author's previous novel and concerns the German commandos and officers in charge of the two Norwegian whaleships, CACHELOT and ANTARCTICA, that the VIKING captured and sent back to Germany, and the reactions of the ships' crews. The two ships are in the charge of two very different types of German officers. 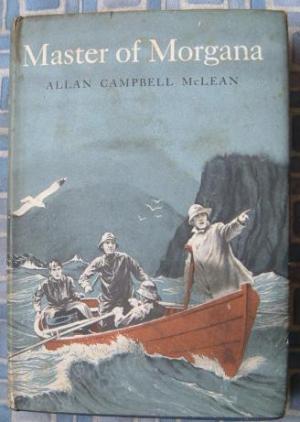 16 yr. old Hebridean lad joins a salmon fishing crew on the isle of Skye to find out who pushed his brother off of a footbridge. 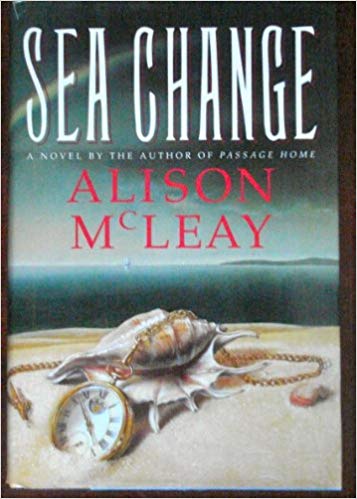 In the 1860s our heroine, a New Orleans riverboat rat, flees to England in search of her "place" in life. The search ends aboard a fabulous yacht in the middle of the Atlantic. U.K. title: Sweet Exile. 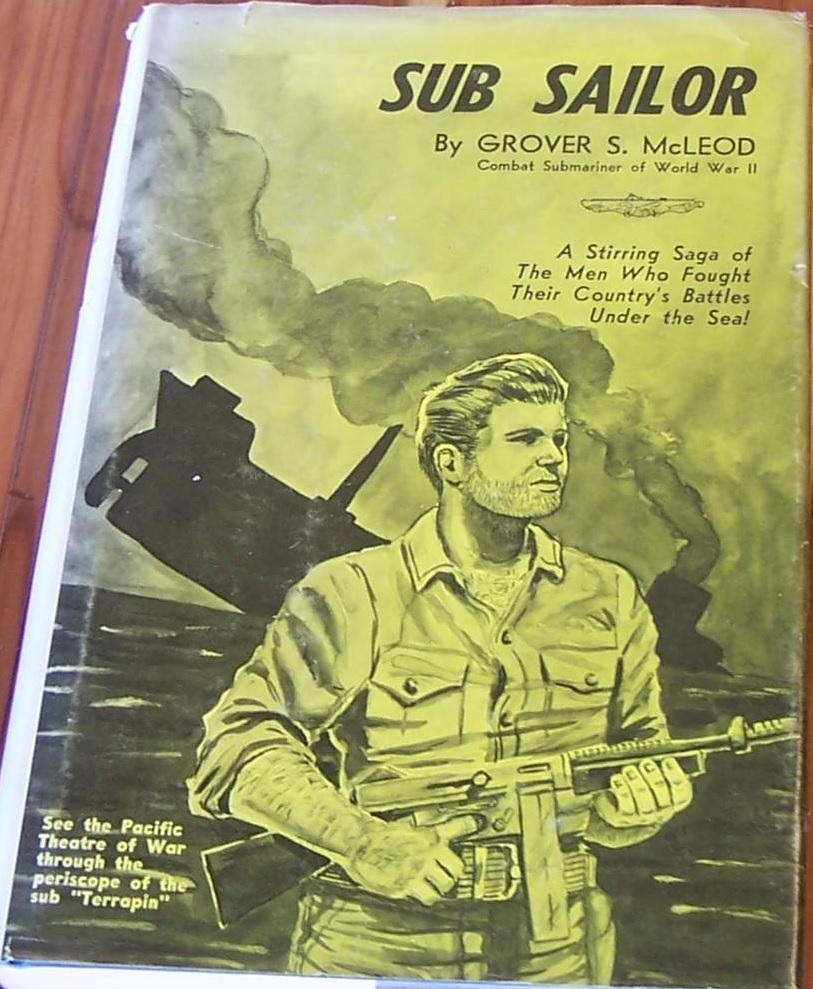 Seaman Ham signs onto the submarine, USS Terrapin. After attacking Japanese ships, Ham becomes a guerilla, when he is accidently left topside and forced to swim to Panay where he joins a band of Moros. For young readers. 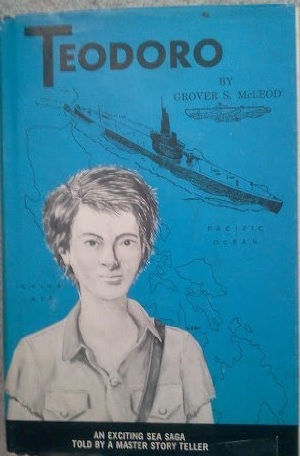 Tales from a man who lived part of his life aboard American submarines in the Pacific during the WW II. 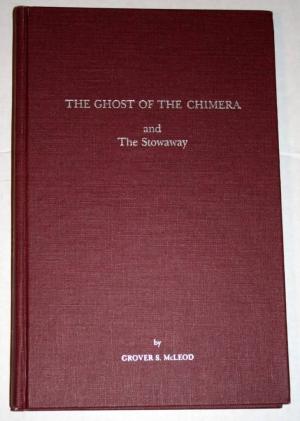 The ghost of the Chimera and The Stowaway. Manchester, 1988. 143 ppages

A bizarre, supposedly true, story of the ghost submarine, Chimera in WW II. The second story, the Stowaway, tells of two of the crewmen of Chimera, one of them a stowaway. 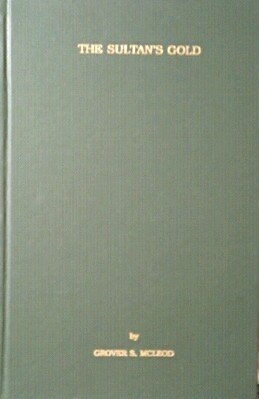 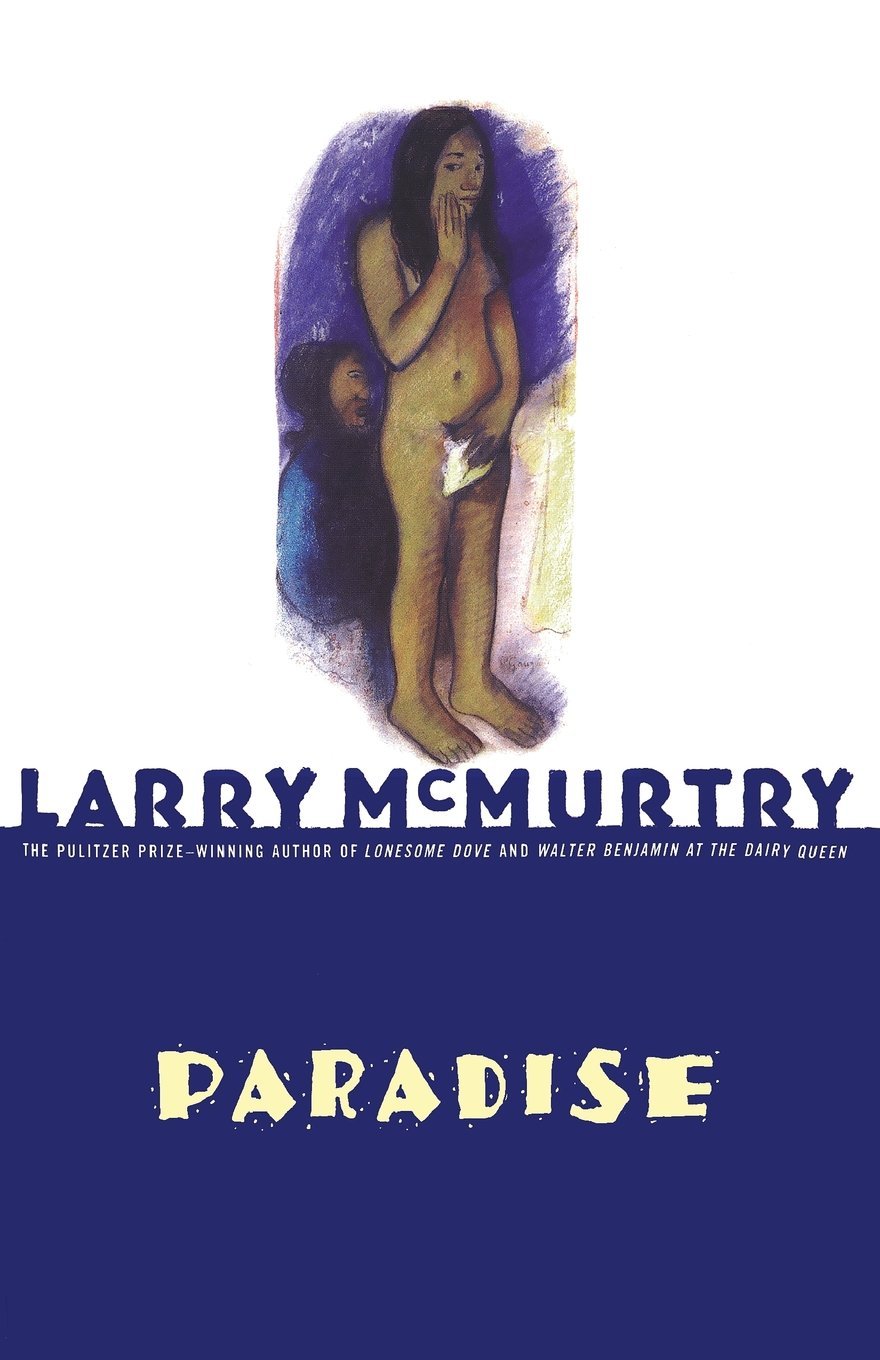 McMurtry boards a cruise ship wandering among the Marquesas with a motley complement of international "island junkies" with whom he finds little in common. McMurtry doesn't complain: instead, he passes the time remarking on the national and personal idiosyncrasies of his fellow passengers, and reflecting on closeted family skeletons, feelings of marginality and loneliness, mortality, and other matters while observing the passing scene.