Potboiler, where British skipper carries off an Indian wife, gaining the emnity of both British and Indian society. Set in the 1800s.

Story of the brutal life of a midshipman in a pre-WW I Royal Navy ship. Allegedly suppressed by the Navy. A contemporary review says it was wriiten with the purpose of showing a national abuse. 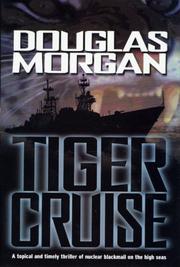 "The Strait of Malacca lies between Malaysia and Indonesia. It's the busiest shipping lane in the world. And for as long as anyone can remember it's been a nest of pirates. In the Age of Sail they'd swarm over the side, armed with knives and cutlasses. These days they're using modern methods. One of them, Michael Prasetyo, a man with a business degree from Wharton and a bad attitude has made some frighteningly ambitious plans." -- Jacket. A corrected edition as this novel was published in 2002. 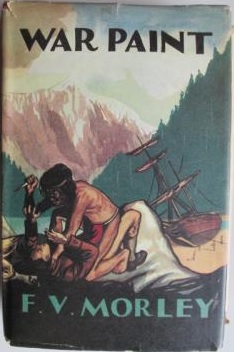 The Wreck of the Active, a story of adventure. Houghton Mifflin, 1936. 347 pages

In the early 1800s two Americans sail in the schooner ACTIVE from London to Pacific Northwest around the Horn, encountering adventures with storms and savages. U.K. title: War Paint. 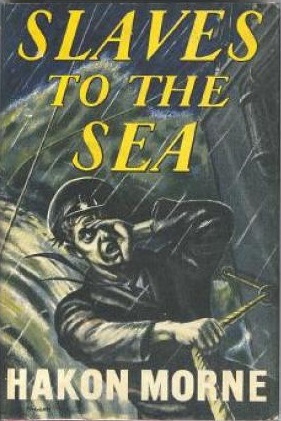 Translation of the prize winning novel Havets Bröd. A young Finn finds adventure and himself aboard a tramp steamer voyaging from Rotterdam to Archangelsk to Scotland to New York. 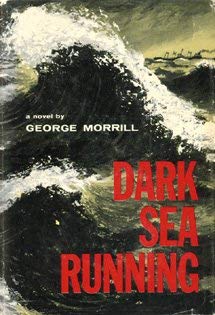 Novel about a merchant marine captain commanding a T-2 tanker across the Atlantic convoy routes during WW II. 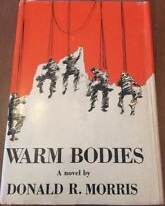 Life aboard an LST in the peacetime navy during the 1950s. Story relates how the the LST's bachelor XO falls in love over the Christmas holidays, when the nearly-empty ship is visited by a woman reporter, then pursues her through various misadventures to the altar. Fimed as All Hands on Deck. 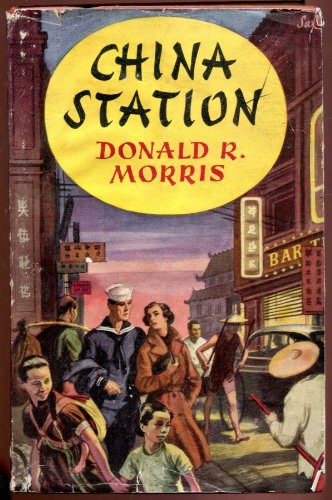 Protagonist is an enlisted man aboard a destroyer based at Tsingtao in late 1940s. His White Russian girl friend is evacuated to Shanghai when Communist forces take Tsingtao. 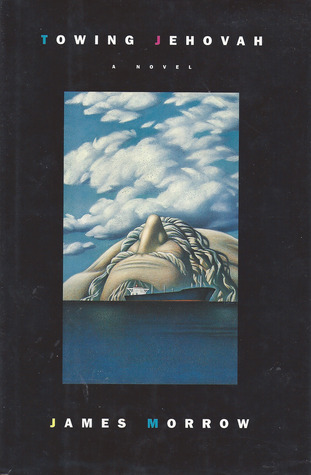 A satirical novel on the death of God. For inexplicable reasons he dies and falls into the sea, and the Vatican hires a supertanker to secretly tow his two-mile-long body to the Arctic for preservation. But the secret leaks out and everyone gets in on the act, exploiting God's death to their own end. 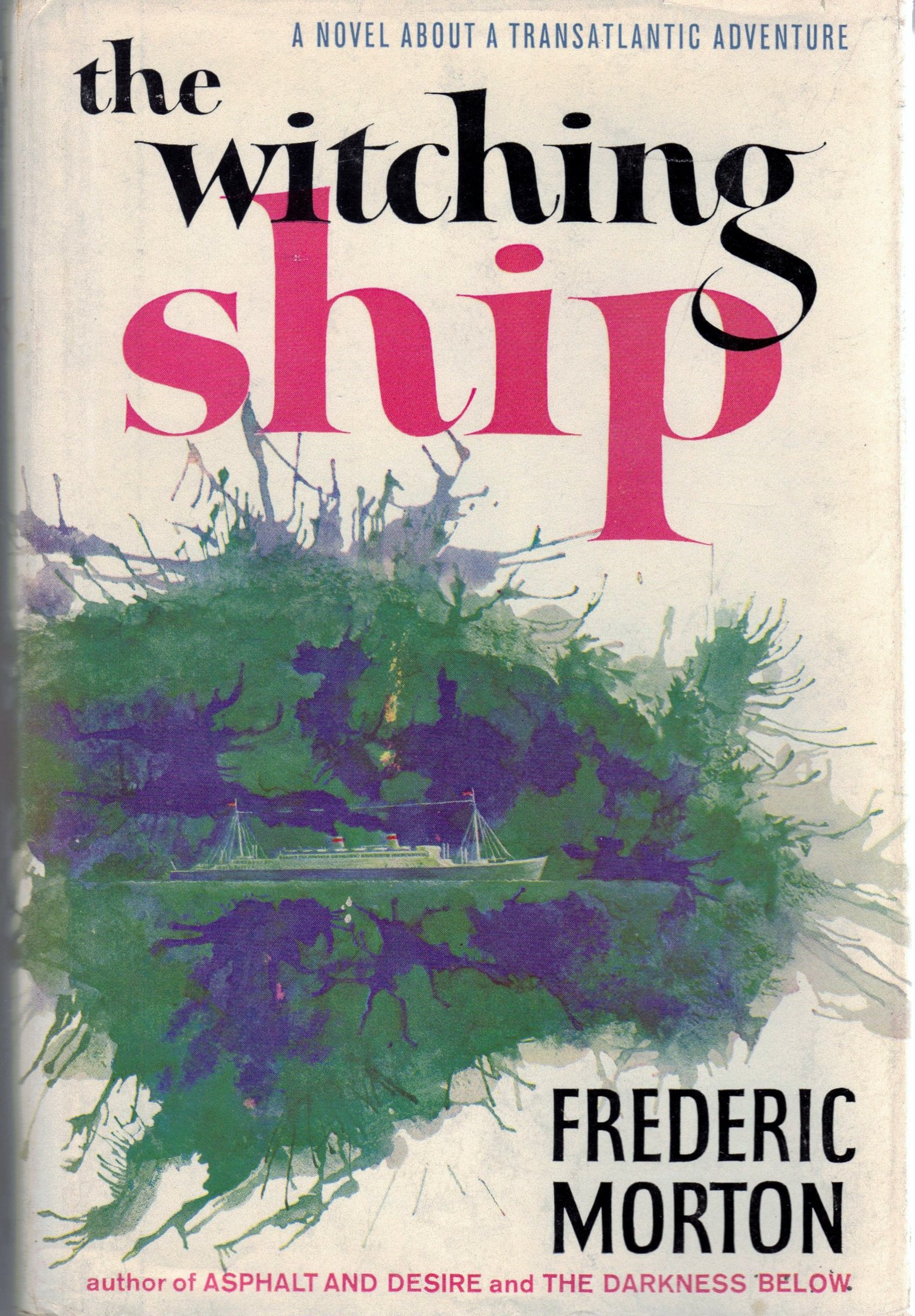 An eerie, intense and unpleasant fascination characterizes this story of an eight days' voyage of a luxury cruise ship-Dutch and presumably neutral- pressed into service early in the war as a transport ship for refugees, only to be caught in its final days, with the news that Rotterdam had been blasted from the sky. Those eight days are mirrored in a vacuum: on the side, the terrors of escaping Hitler's Europe, with shreds of dignity and hastily gathered portable possessions and memories of past grandeurs and future obliquies; on the other, a thin scattering of Americans, homeward bound, seeking fleeting sensations snatched in passing. There's underlying tragedy, mordaunt humor, unbearable cruelty and always fear as bits of many stories are woven into a kaleidoscope that at the end breaks once more into scattered, meaningless fragments. 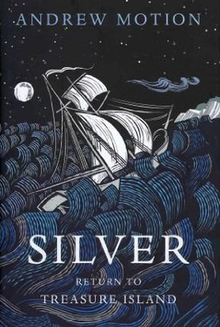 In the marshy eastern reaches of the Thames lies the Hispaniola, an inn kept by Jim Hawkins and his son. Young Jim spends his days roaming the mist-shrouded estuaries, running errands for his father and listening to his stories in the taproom; tales of adventures on the high seas, of curses, murder and revenge, black spots and buried treasure - and of a man with a wooden leg. Late one night, a mysterious girl named Natty arrives on the river with a request for Jim from her father - Long John Silver. Aged and weak, but still possessing a strange power, the pirate proposes that Jim and Natty sail to Treasure Island in search of Captain Flint's hidden bounty, the 'beautiful bar silver' left behind many years before. Silver has chartered a ship and a hardy crew for this purpose, whose captain is waiting only for the map, now locked away at the Hispaniola. 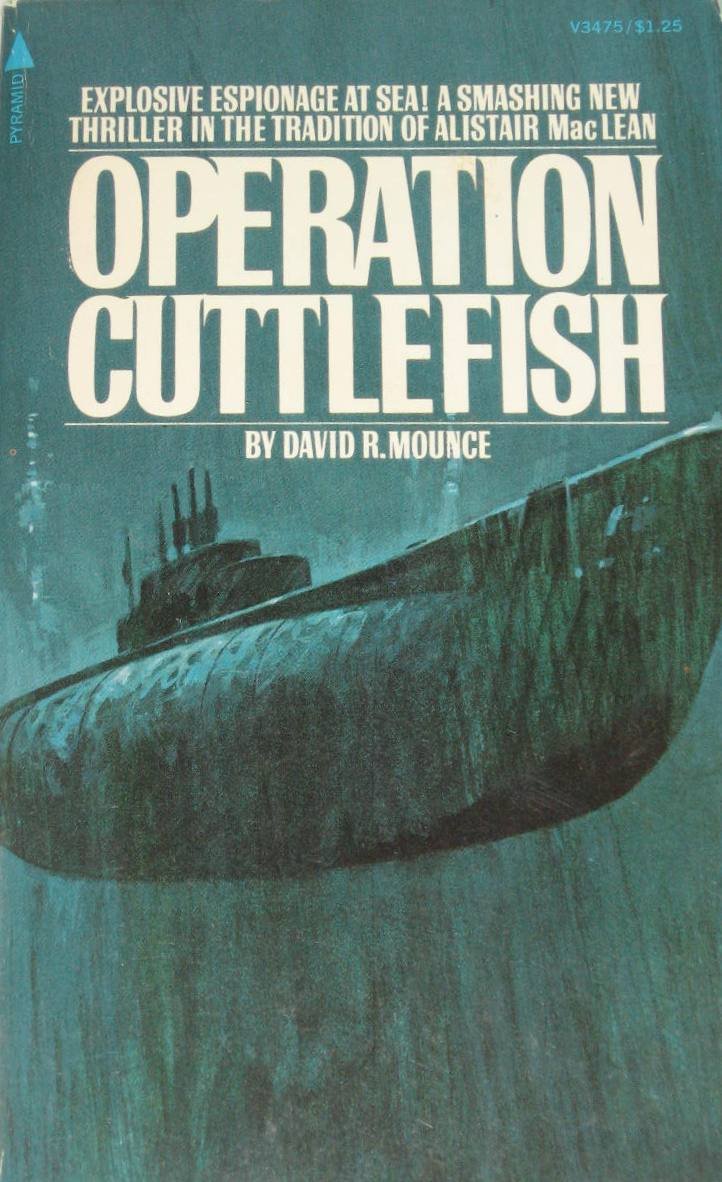 Paul Fox is sent along with his lover to the Bahamas to uncover the Soviet's system of moving key espionage personnel around the Western Hemisphere. The lady is kidnapped and Fox is targetted for elimination. 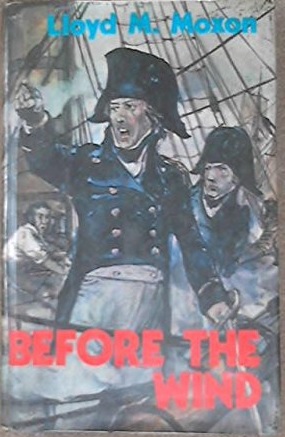 Novel, told in first person, of Lt. John St. John's passage from newly-made Royal Navy lieutenant to post captain during the Napoleonic Wars. The good lieutenant joins a 64 commanded by a rabidly Methodist captain. After falling into the captains bad graces, he is sent on a suicidal cutting out mission, but succeeds, and is "rewarded" by being given command of a brig no one else wants. But our hero turns the ship into the scourge of the French coast. Purportedly first in a series, but it does not appear that follow-ups were written. 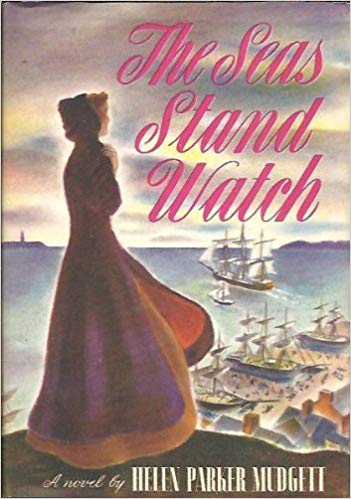 Portrays the great era of New England's trade and the shift to manufacturing. 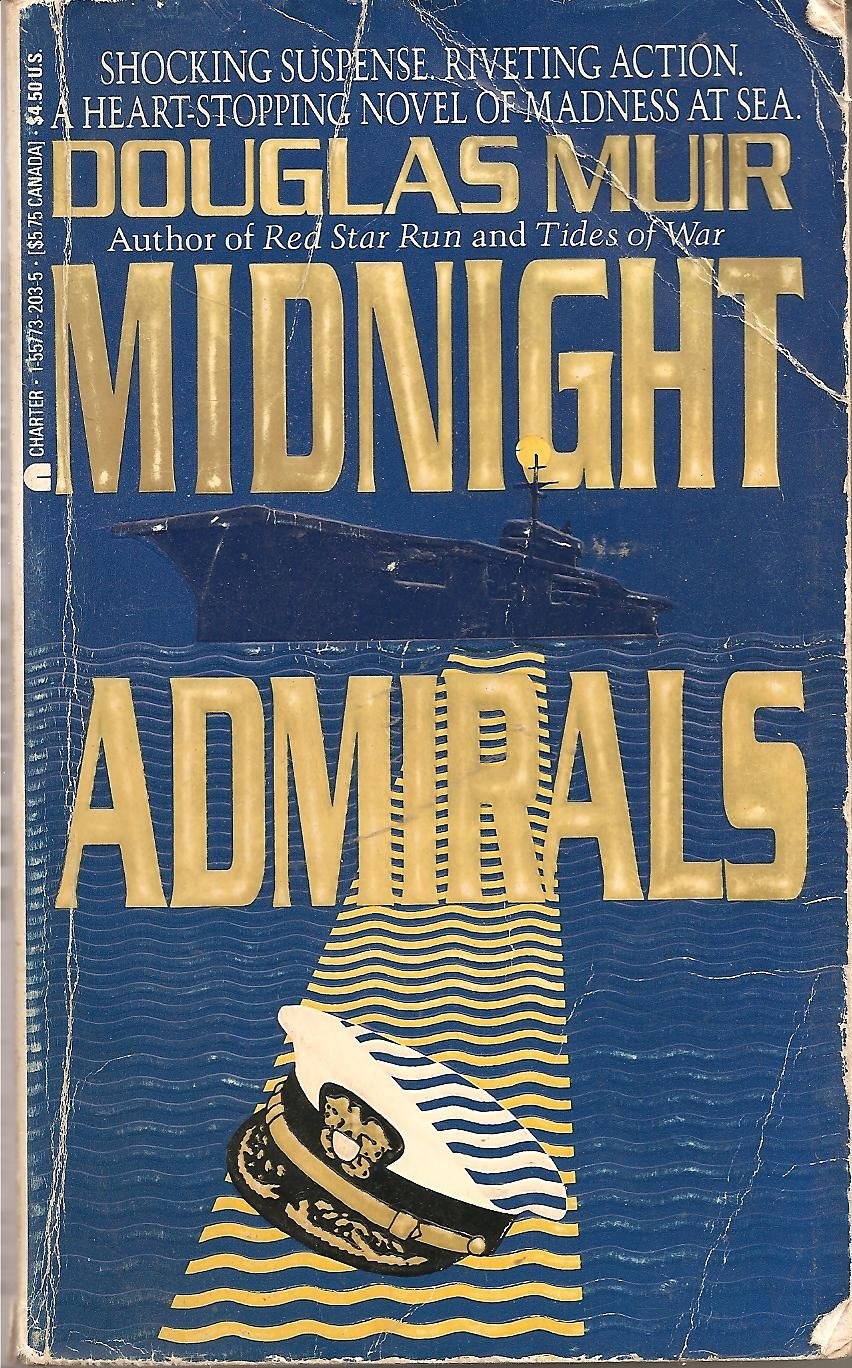 The supercarrier USS ABRAHAM LINCOLN carries fighter planes, nukes and a demented psycopath on a trail of revenge. A Tom Clancy type techno-thriller. 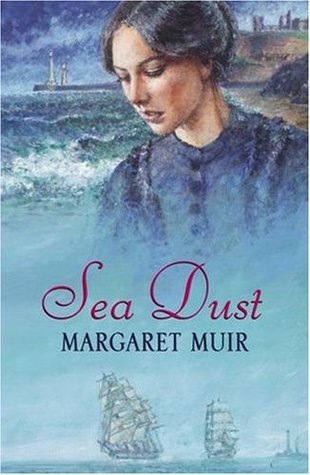 Set in 1856. After the death of her child, Emma's life is in ruins. In order to survive she must escape from her abusive husband and bury the guilt from her past. And then a chance encounter with a French seaman on the windswept Whitby cliff top provides the very opportunity. She can sail to Australia, but to do so she must stowaway on the Morning Star and risk being put ashore by the Captain if she is discovered. Following a vicious attack by one of the crew, Emma is nursed back to health by Charles Witton. As the turbulent sea around them mirrors Emma's emotional conflicts, the ship reaches Cape Town Bay - where disaster lies in wait. 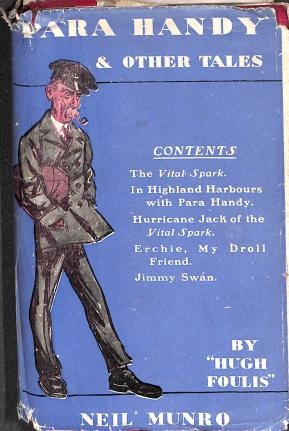 Stories about the most decrepit tramp steam sailing out of Glasgow, the VITAL SPARK, usually commanded by "Para Handy" (Peter Shandy). Funny. 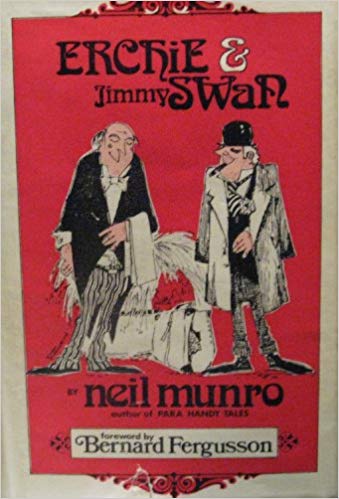 Some of these should be nautical. 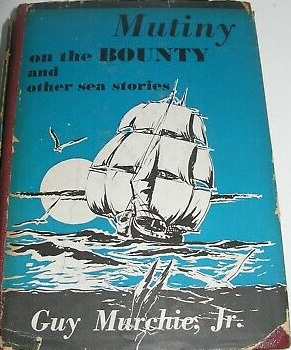 Murchie wrote his account of the Bounty mutiny for the Chicago Tribune in the 1930s, it's been reprinted here, along with 5 stories and short novels by other writers: How old Wiggins wore ship -- Lost in the fog -- " ... Mas has come" -- The haunted ships -- Idylls of the sea. 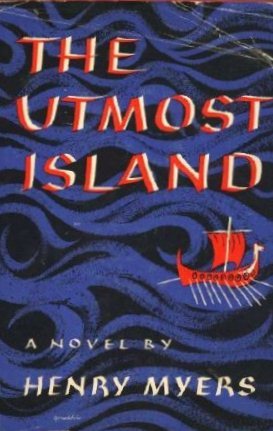 Novel about Lief Ericcson's voyage to the new world.