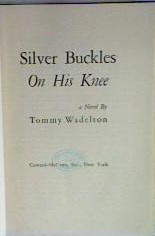 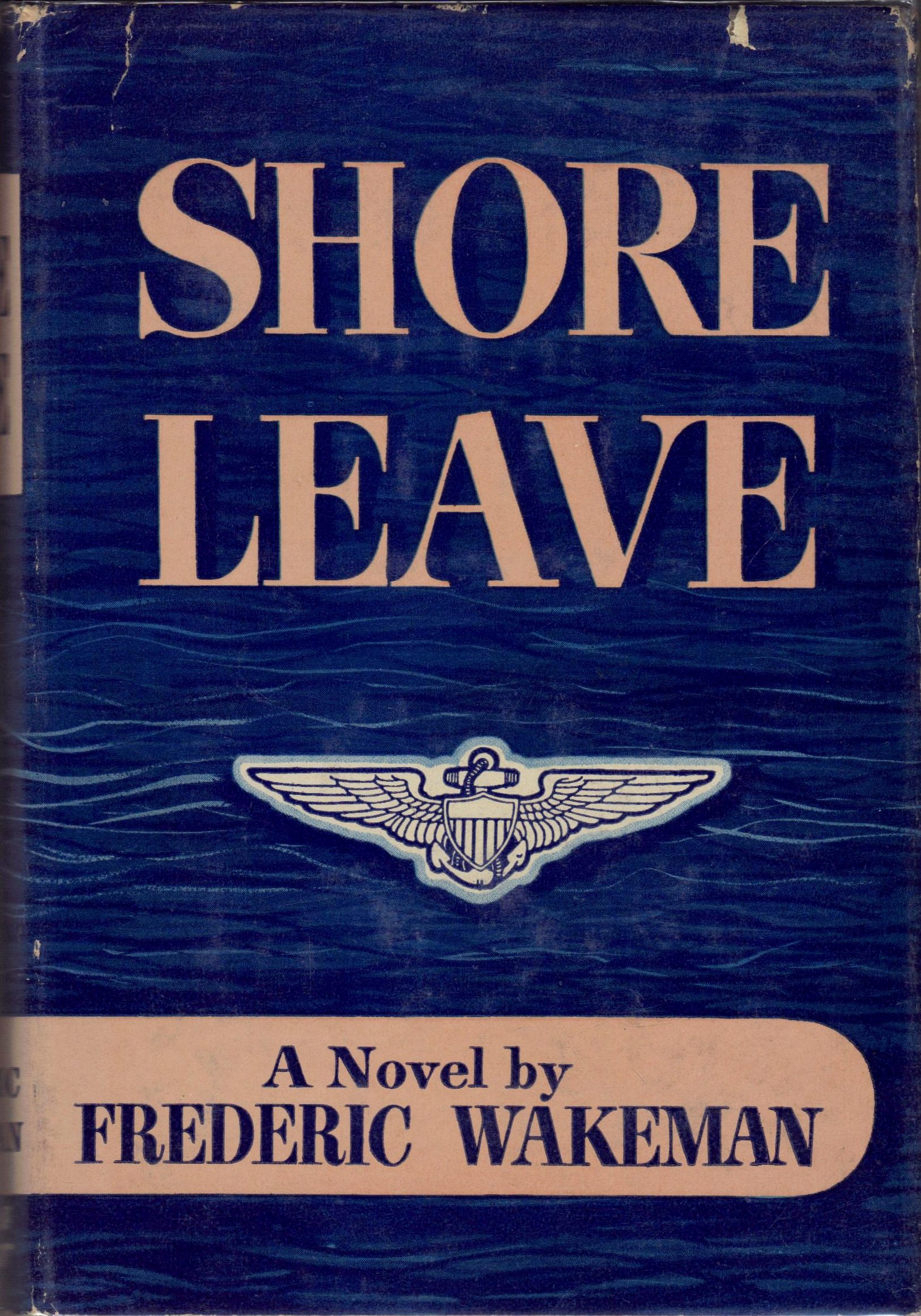 Three decorated Navy pilots finagle a four day leave in San Francisco. They procure a posh suite at the hotel and Commander Crewson, a master of procurement, arranges to populate it with party people. 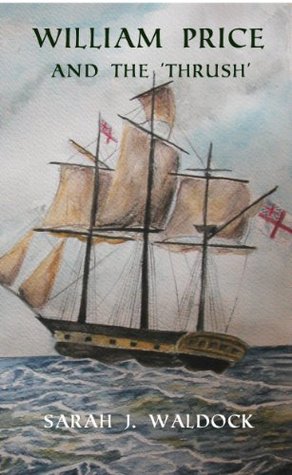 Inspired by Jane Austen's Mansfield Park this introduces William Price, just promoted to Lieutenant, who finds his new commission places him on a ship sailing under sealed orders and a potentially mutinous crew. 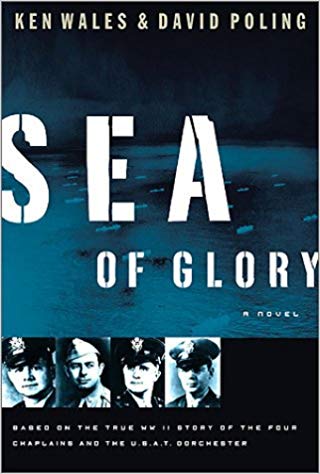 In the early morning hours of February 3, 1943, a German submarine torpedoes the American troop ship Dorchester en route to a top-secret radar installation in Greenland. The four Army chaplains on board could scarcely be more different from each other: Methodist pastor and war veteran George Fox: intellectual and athletic Rabbi Alex Goode; scholar, poet and Dutch Reformed minister Clark Poling: baseball fan and "regular guy" Father John Washington. yet in the terror and confusion following the attack by a deadly U- boat wolfpack, the chaplains unite in a final triumphant sacrifice that transforms the life of every survivor who lives to tell of it. 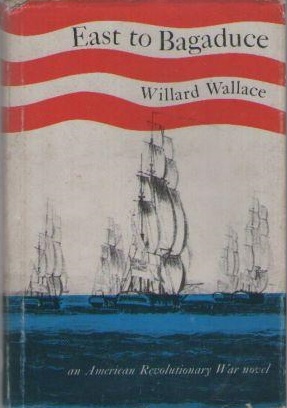 Based on a true event. US Navy lays siege to Maine town during the Revolutionary War, but effort ends in humiliating disaster. Not for sunshine patriots. 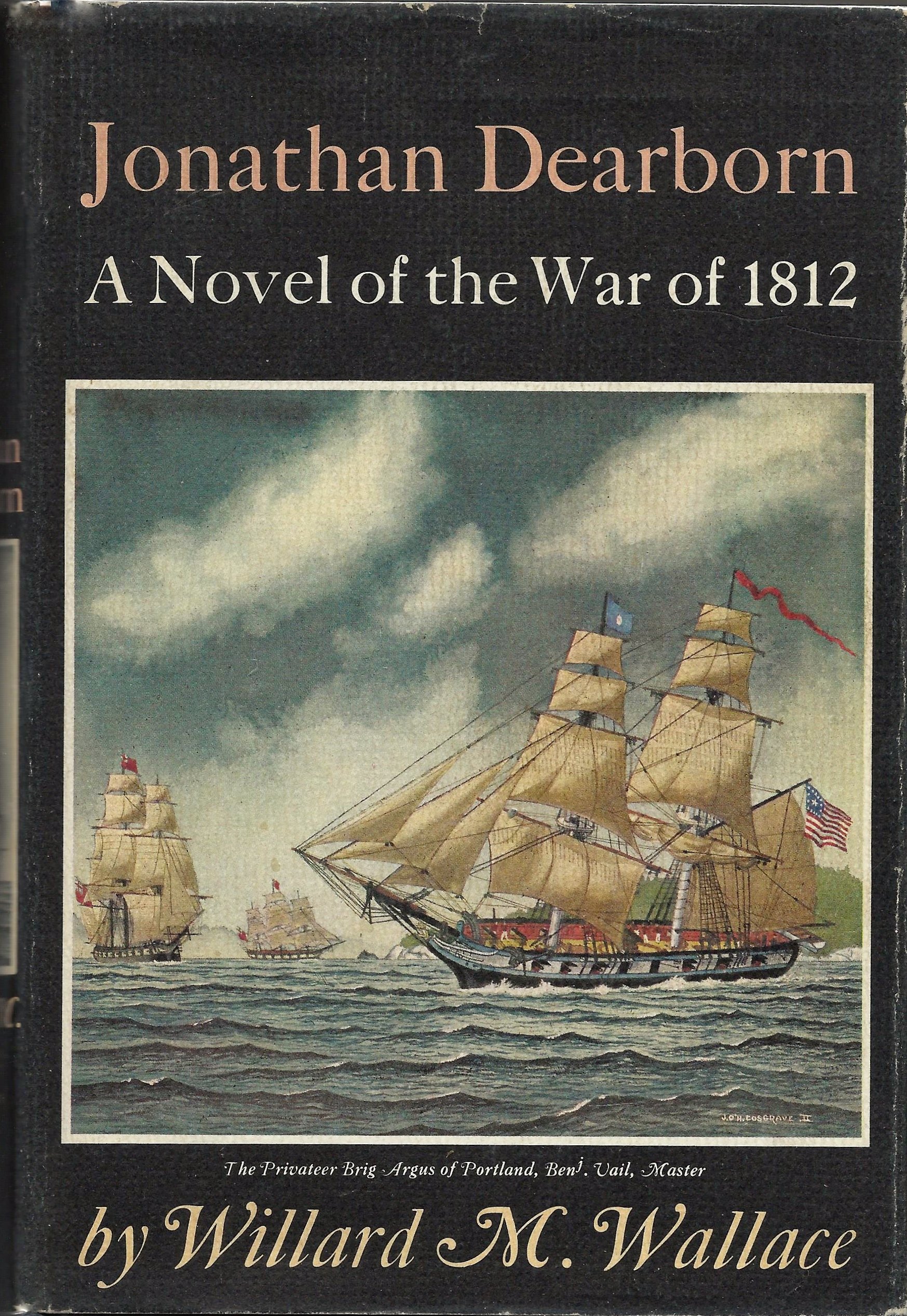 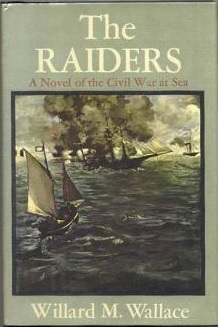 Cruise of the Confederate raider ALABAMA, as seen by Lieutenant Scott Pettigrew from Maine. 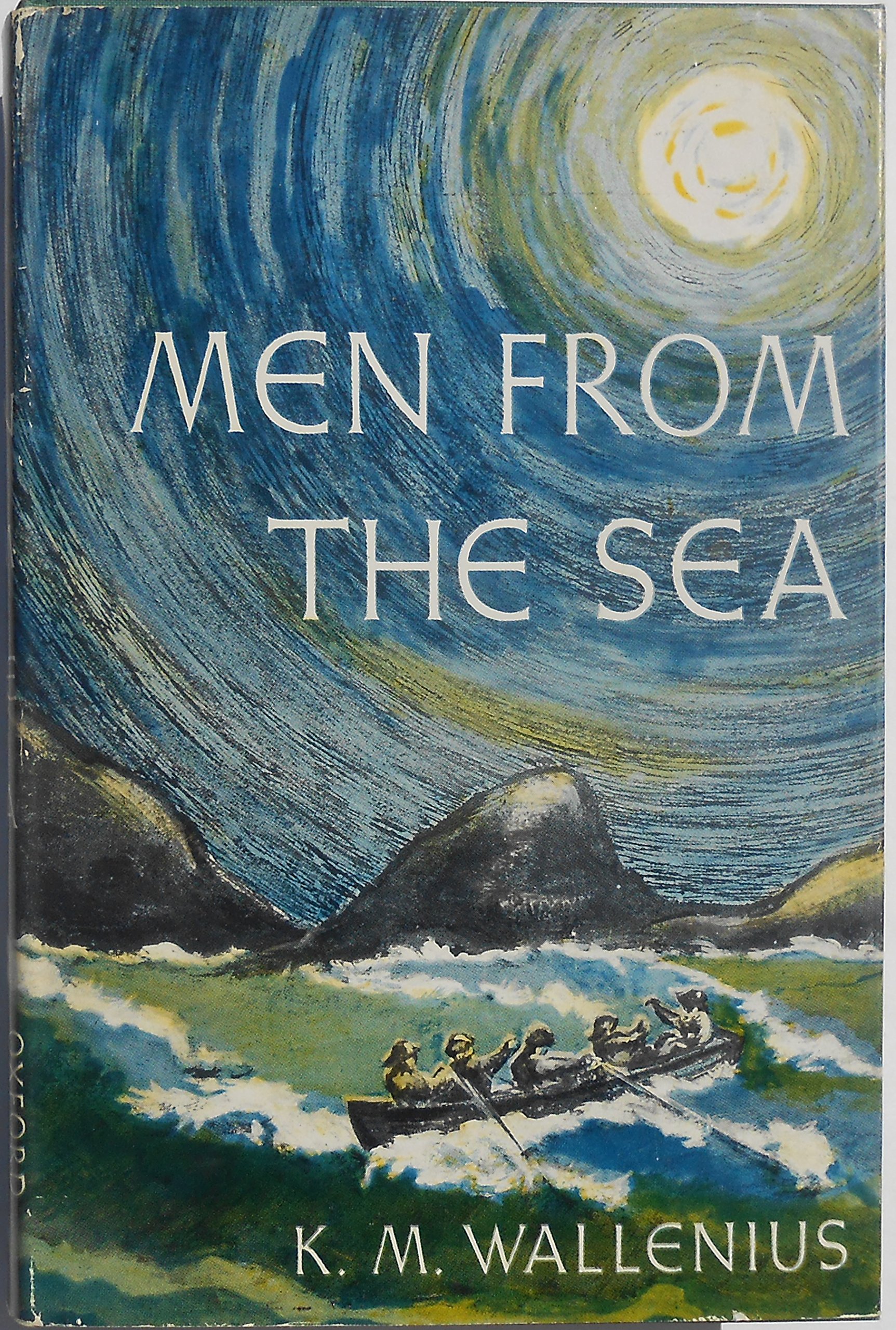 Five tales of Scandinavian and Finnish Lapland, held together by a common theme -- the impact of the Arctic ruggedness on its people ... Always present is the struggle for survival, the dependence on the sea, the helplessness of these people before the elements, and their familiarity with death. Translation of Miesten meri, 1954. 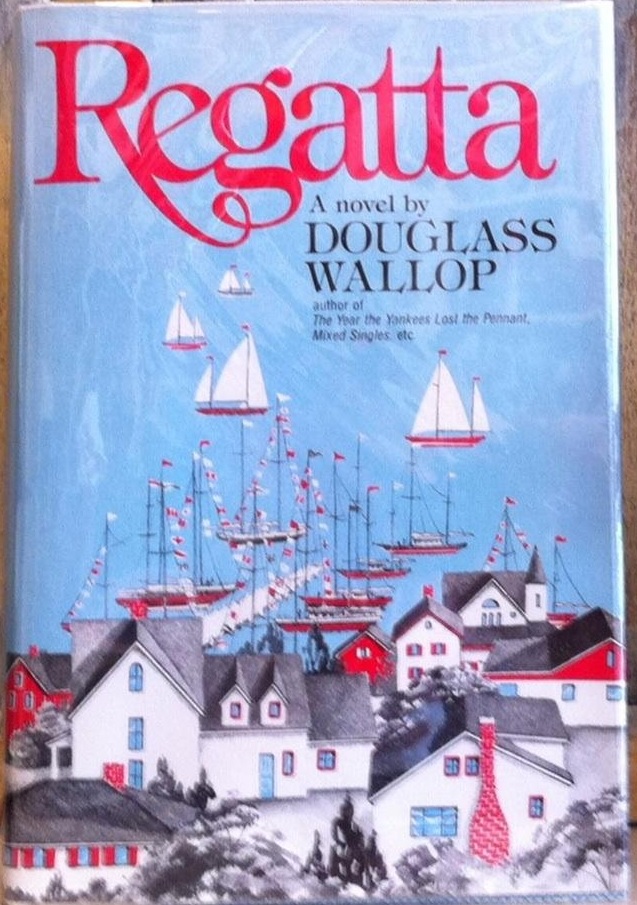 A crack international yachtsman steps down in class to race his fifty-eight foot yacht against ordinary weekend sailors in a thirty mile, 150-boat sailing race on Chesapeake bay. His chief adversary, in a much smaller sloop, gives him all he can handle. 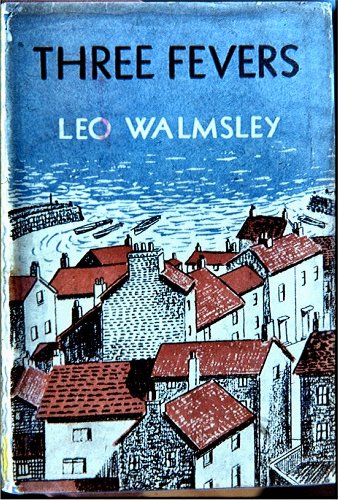 The struggles of the "Lunns" and the "Fosdyks", rival inshore fisherman in North Yorkshire coastal village of "Bramblewick". The book is actually semi-autobiographical, and is based around real families who lived in the early part of this century at Robin Hood's Bay. Leo Walmsley wrote several such books, mainly based around his experiences in Robin Hood's Bay, and also the time he spent living in Fowey, Cornwall, where he eventually died. The book was adapted into the first film made by Arthur Rank, and was released as TURN OF THE TIDE. 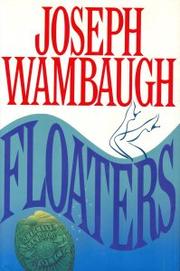 Set in San Diego's Mission Bay during America's Cup '95, water cops Mickey Fortney and his partner Leeds are on the trail of Cup saboteurs. This one is worth reading just for the commentary on the Cup scene. Fast paced & funny. 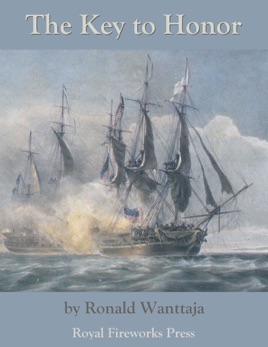 15 year old Midshipman Nate Lawton reports to USS CHESAPEAKE, blockaded in Boston by HMS SHANNON. Fatherless and seeking revenge because seven years earlier the English had impressed his father (and impoverished his family). Hiding a shameful secret and groping for truths he might have learned from his father, Nate immediately runs athwartship 2nd Lieutenant Westcott who abhors Nate's blind acceptance of natural gifts for which "others worked so hard." But it's Westcott that starts Nate on his search for honor. Of course, the CHESAPEAKE goes out and fights the SHANNON. Whether intentionally or not, the book is Patrick O'Brianish in every good sense: it demonstrates civility and honor, teaches leadership, teaches the nautical stuff along the way, is a bit better than reality, has a happy ending, and feels authentic. For young readers. 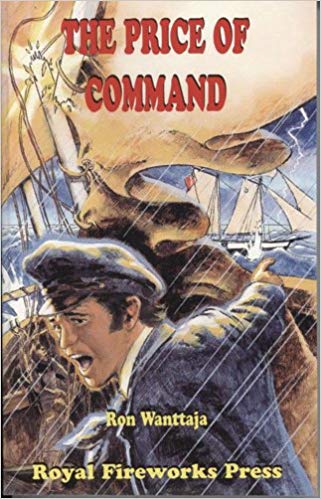 Midshipman Nate Lawton of The Key to Honor continues his adventures and maturing by joining Oliver Hazard Perry on Lake Erie right smack in the center of the Perry-Elliot controversy. Chance has thrown Nate into second in command and his captain moves to make him a scapegoat as well. For young adults 12 and up. 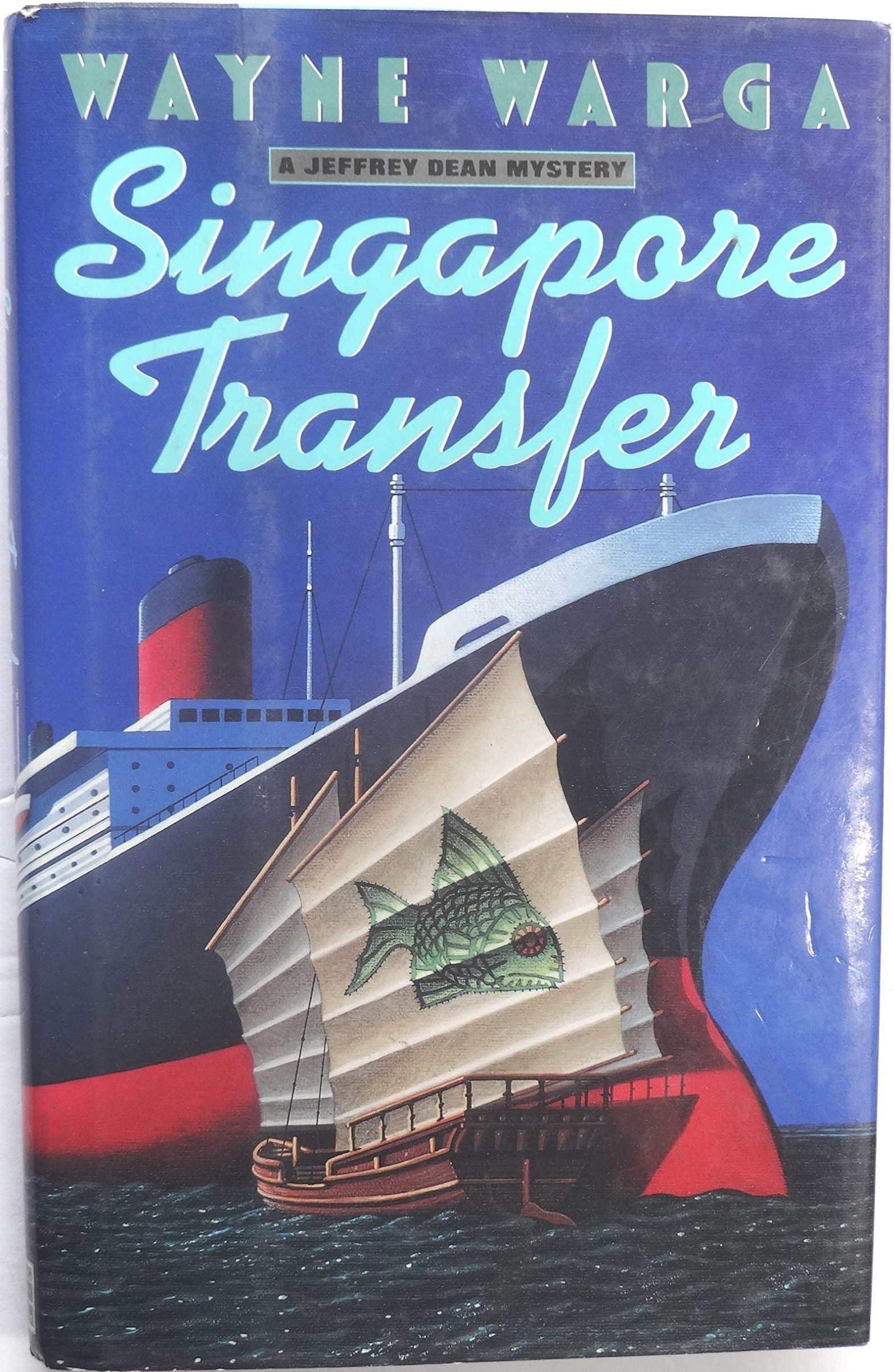 A rare-book dealer gets mixed up in smuggling and a murder mystery in Singapore involving junks, an ocean liner and the wreckage of USS ARIZONA at the bottom of Pearl Harbor. 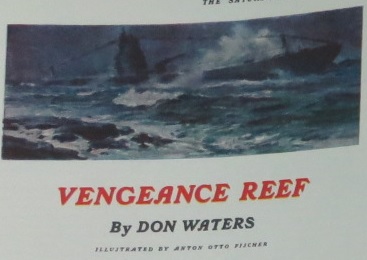 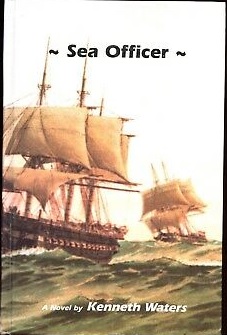 Novel based on the Black River Raid, the burning of Hampton and the great Atlantic storm of 1861. Our hero, Jonathon Comstock, fights for the Union aboard the sloop of war BENNINGTON. This was intended to be the first of a series of historical novels based upon naval actions during the American Civil War. 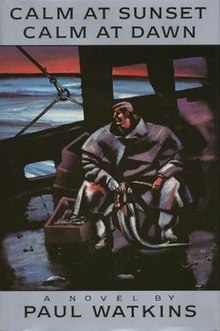 Young man expelled from college joins the crew of a fishing boat against the wishes of his fisherman father. Takes place on the Rhode Island Shoreline. 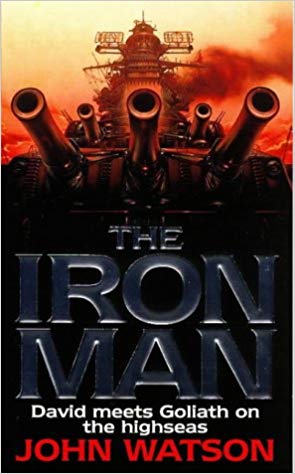 Captain Jakob Zof, disappointed by events that have reduced the Soviet Navy to a shambles, seeks to restore some of his pride by allowing himself to be persuaded to commission a WW II battleship. This is no ordinary battleship; named after Stalin, it was to have been the culmination of Russian naval design and construction. It has been hidden from the world for years in a Vladivostok backwater. The endless supply of dollar bills from Zof’s mysterious new employers puts new life into the under-motivated and unpaid Russians. It’s not long before the STALIN is committing acts of piracy in the Pacific but it soon becomes apparent that there is an even more sinister motive. Another novel where heavy armour does not readily succumb to modern weaponry.

Nineteen-year-old Otto Heine is forced to board the Hindenberg, a secret sister ship to the notorious Bismarck, on a mission both simple and extraordinary – to sail to Washington and shell the White House. But Heine has no interest in such a suicide mission, and leads a mutiny against Captain Erich Bach. There he discovers the secret consignment the ship is carrying…. Fifty-five years later, an American businessman has found the wreck of the Hindenberg on the coast of Greenland, and plans to turn it into a floating theme park. What he doesn’t know is the cargo the ship contains. Now, at last, he has a chance to retrieve it. 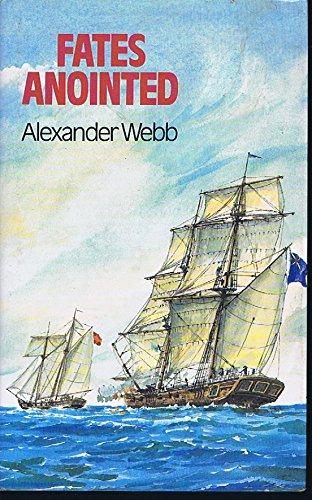 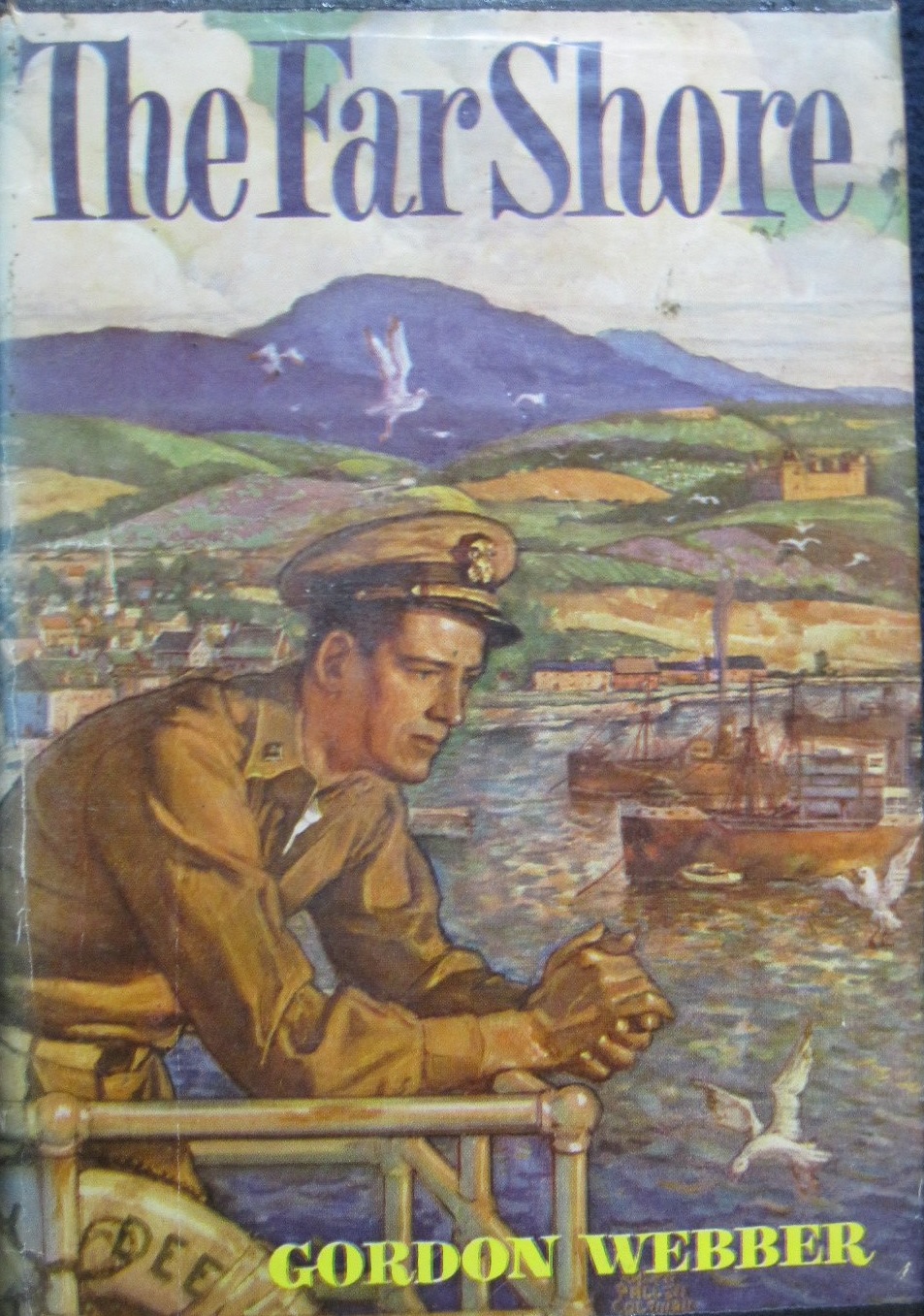 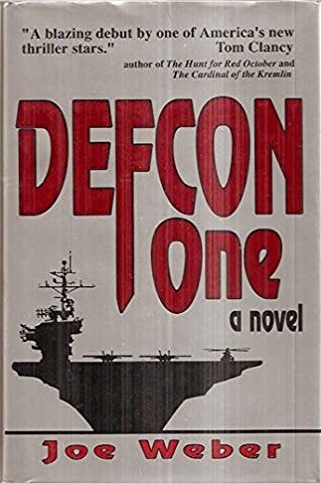 A worst-case scenario of the future of U.S.-Soviet relations envisions the failure of the current Soviet reform, leading to a desperate attack on the U.S. that threatens to escalate to nuclear war. 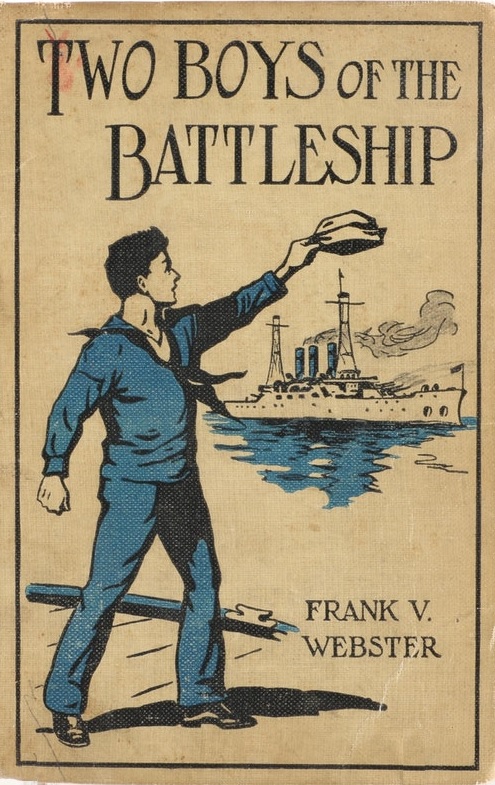 Ned and Frank join the navy. It's off to South America aboard the battleship GEORGETOWN to deal with them furriners in the carefree days before the Big War. 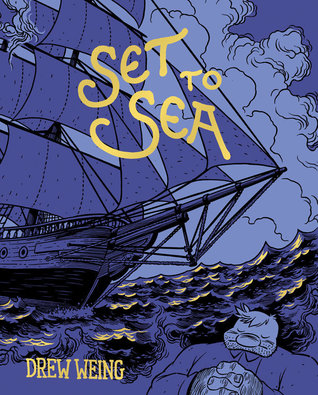 Graphic novel about a big lug and aspiring poet who runs up tabs at the local bars by day and haunts the docks by night, writing paeans to the sea-faring life. When he gets shanghaied aboard a clipper board for Hong Kong, he learns firsthand about life on the open seas-bad food, pirates, unceremonious funerals, foreign ports, and unexpected epiphanies. 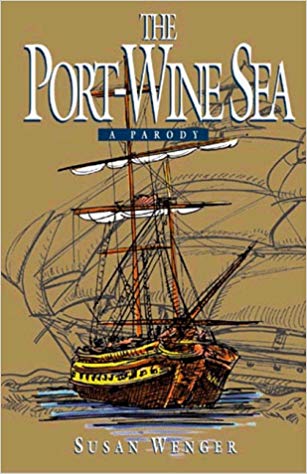 A rousing parody of Patrick O'Brian's Aubrey/Maturin series. It is a story about a British naval captain during the Napoleonic War, and his friend, a naval physician/espionage agent. They set sail once again aboard HMS AGHAST during the War of 1812 to demonstrate to the upstart Colonies the errors of their ways. The doctor/spy tries to establish liaison with the Creek Indians to create a diversion to the main British assault. Meanwhile the noble Captain is diverted by a teenaged Maryland vixen. Along the way, they encounter a skittish horse, a demure skunk, a whooping crane, and an escaped colony of termites aboard the ship.