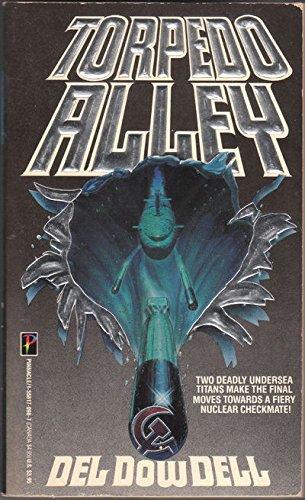 The US sub POCATELLO chases the Russian supersub SUSLOV which is carrying stolen secrets that could render the US Navy defenseless. 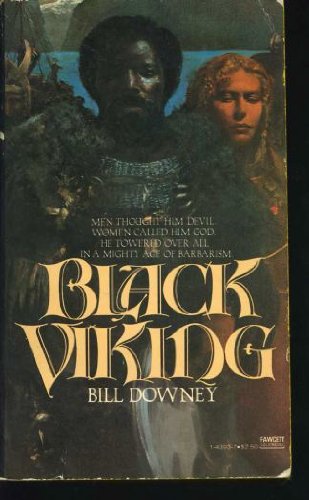 Gunnar Black Wolf, son of a Viking lord and a Moorish slave, grows up as one of the chosen of Odin and the companion of prince Harald Finehair. He returns home from fun and freebooting to find his adoptive parents, wife, and child dead, and vows vengance against their slayer. In the course of this quest, he becomes outlawed and is driven to lead a mighty raid against the Franks. 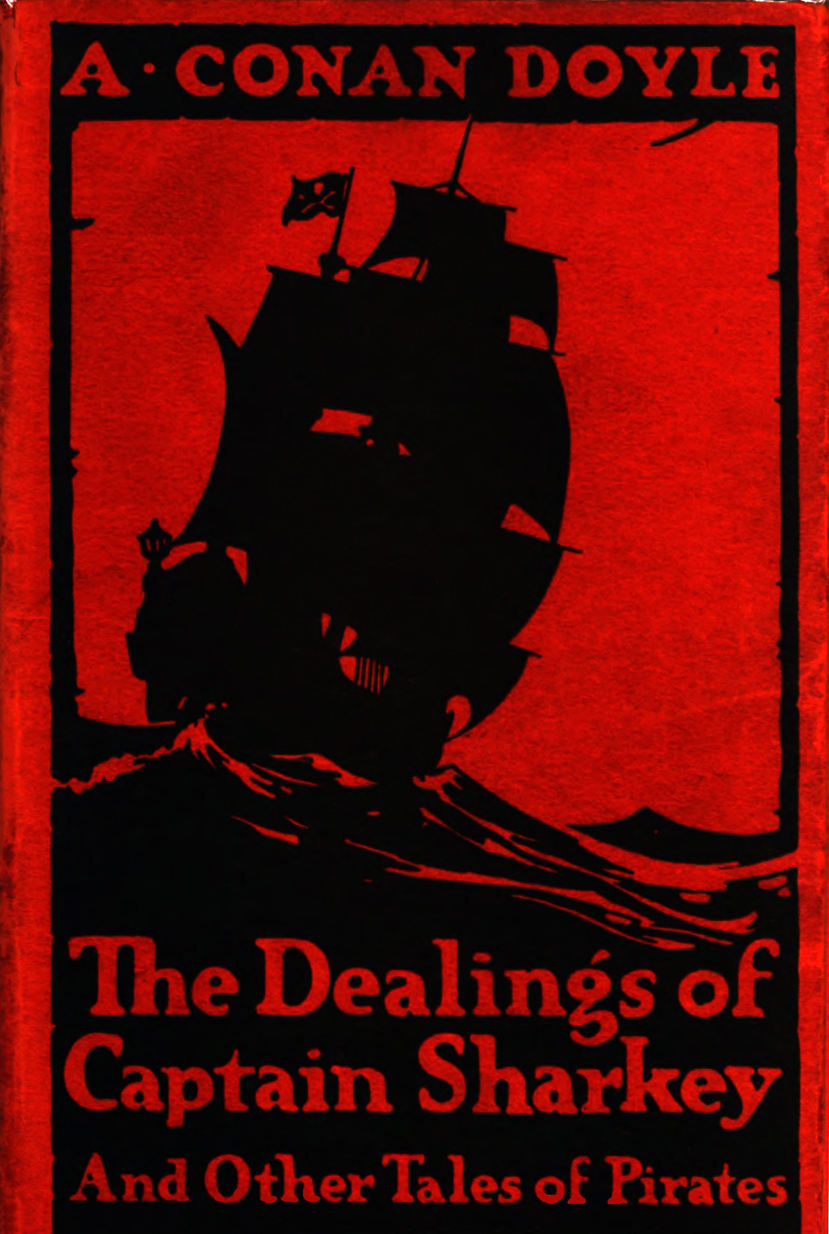 The Dealings of Captain Sharkey, and other tales of pirates. George H. Doran , 1919. 260 pages

Four stories about Captain Sharkey: How the governor of Saint Kitt's came home -- The dealings of Captain Sharkey with Stephen Craddock -- The blighting of Sharkey -- How Copley Banks slew Captain Sharkey.
Other nautical related stories: "The Captain of the Pole-Star" is about the mysterious and untimely end of Nicholas Craigie, the captain of the ship called The Polestar, as recorded by the ship's doctor in his diary. "J. Habakuk Jephson's Statement" is an explanation of the disappearance of the crew from Mary Celeste, here called the Marie Celeste. "That Little Square Box" takes place on a ship, where a gentleman overhears two passengers talking about a box with a trigger.
The other stories are: The "Slapping Sal" -- A pirate of the land (One crowded hour) -- Tales of blue water: The striped chest -- The fiend of the cooperage -- Jelland's voyage. 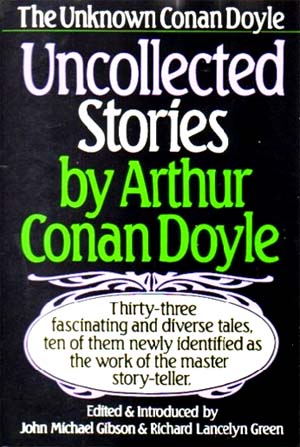 Maritime related fiction: The fate of the Evangeline -- Touch and go : a midshipman's story -- A true story of the tragedy of Flowery Land -- The recollections of Captain Wilkie -- The Death Voyage. 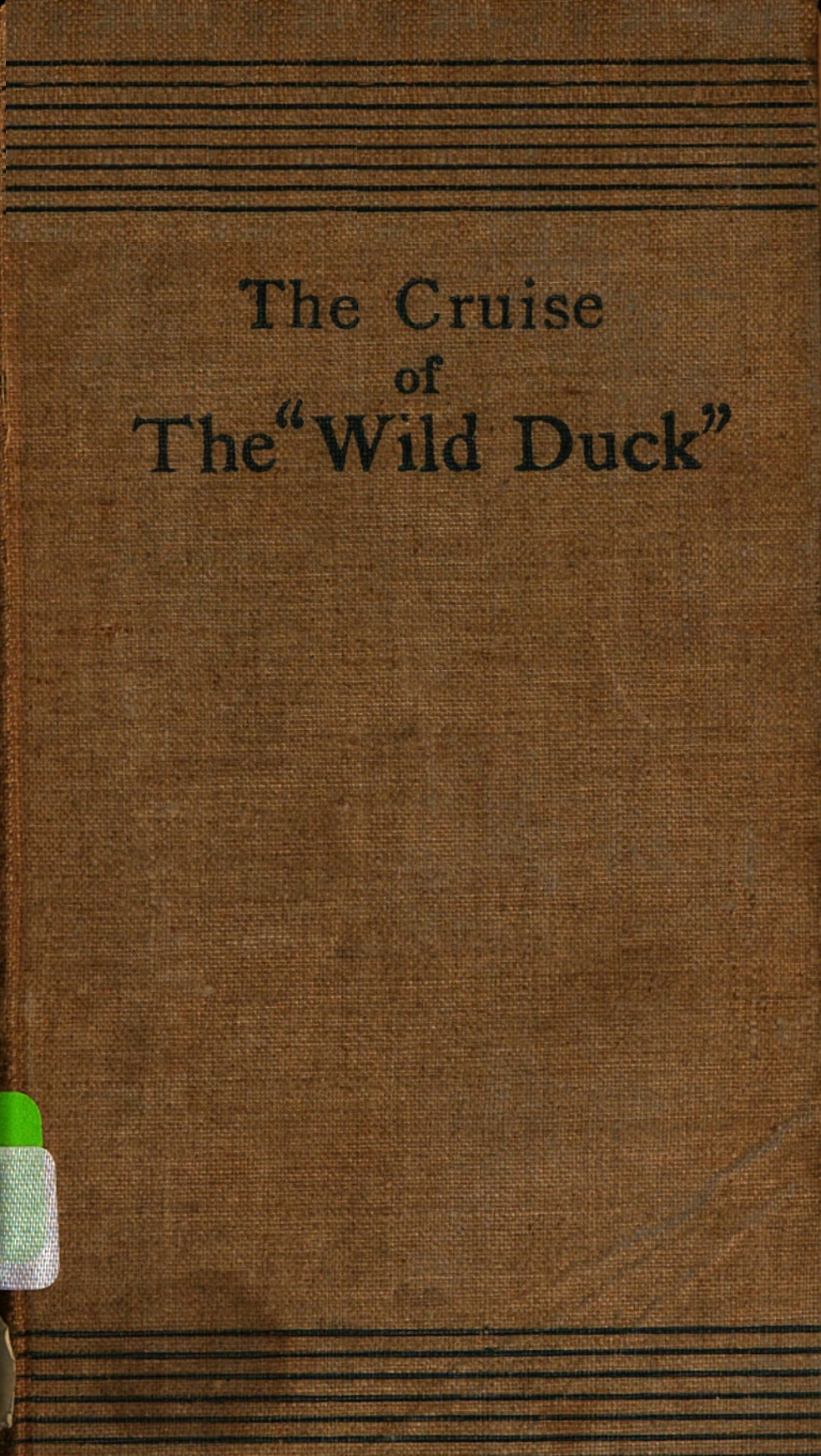 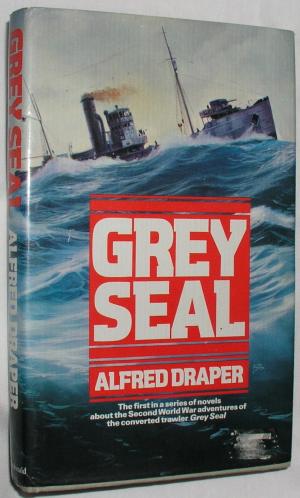 GREY SEAL is a coal-burning 600 ton ex-trawler taken up by the Royal Navy as WW II gets under way. We follow the course of the war in those early days as the crew come to terms with the dramatic changes in their circumstances and slowly become welded into an efficient fighting unit bonded by something stronger but less tangible than naval discipline. E-boats, aircraft and U-boats take their toll on GREY SEAL and her crew during East coast convoy duties, the Northern Patrol and anti-submarine duties off Scapa Flow. 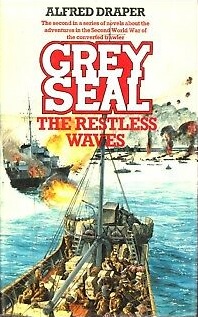 GREY SEAL, her main characters still on board, is rescuing the British Army from the debacle of Norway. Short of fuel she hides in the fjords and manages to return to England with glory after using everything that would burn to get there. While at Dunkirk, after an extensive refit, helping to save the British army again, a mysterious captain involves them in a secret mission to recover diamonds, gold and blueprints from a vessel sunk in the exodus from Holland in the face of the German advance. 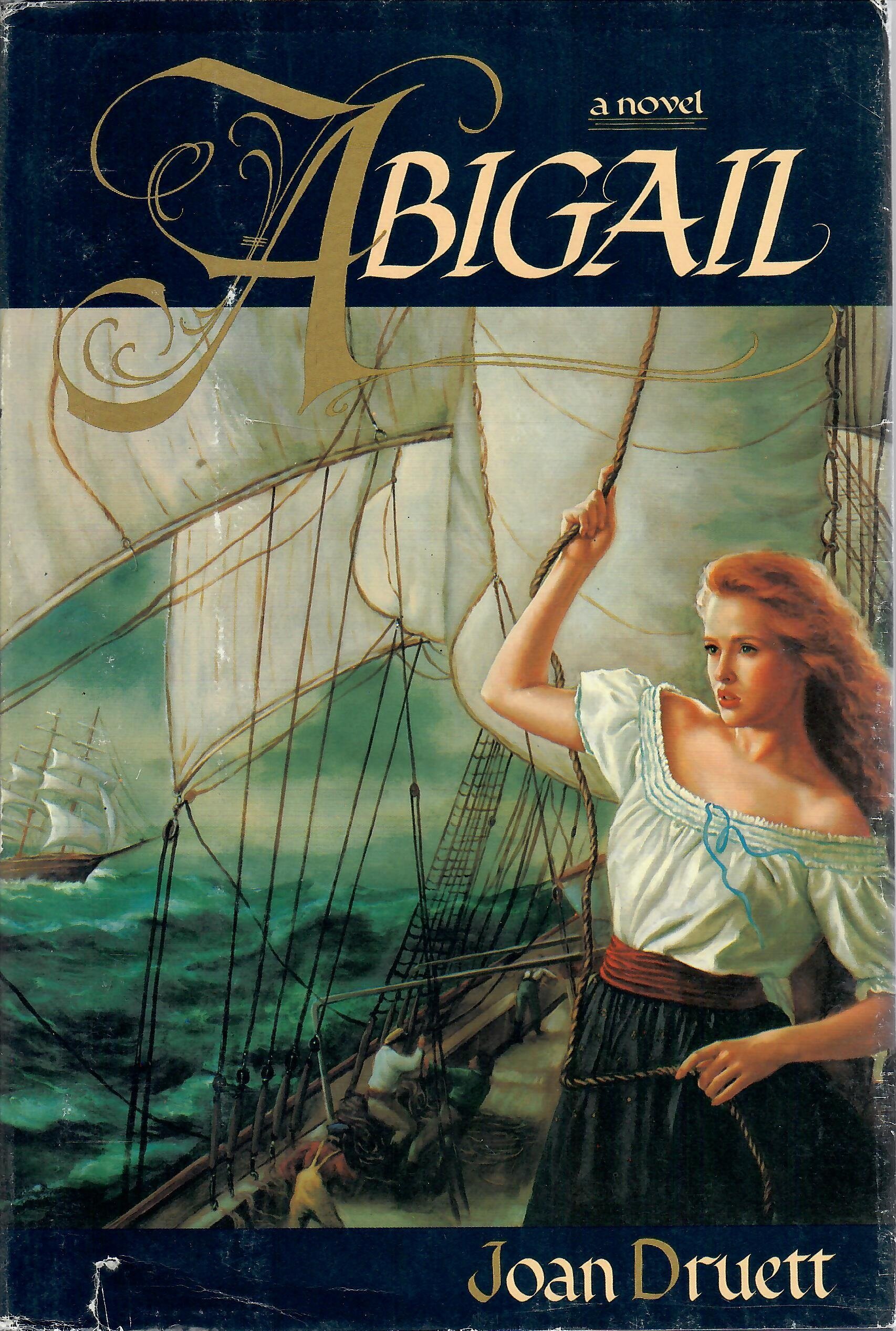 Inspired by a true story. A young girl inherits her father's whaling ship when he is murdered in New Zealand in the 1850s, sets out from US to claim her inheritance, crosses paths with pirates, and seeks treasure.

A young actress bluffs her way on board the brig HAKLUYT in the year 1848, to find that the captain and crew are professional treasure-hunters. She and her brother plan to make a fortune by stealing a flock of alpaca and selling them in New South Wales, but instead are carried off to the Californian gold-fields. Reprinted as three separate novels: Judas Island, Calafia's Kingdom, and Dearest Enemy. 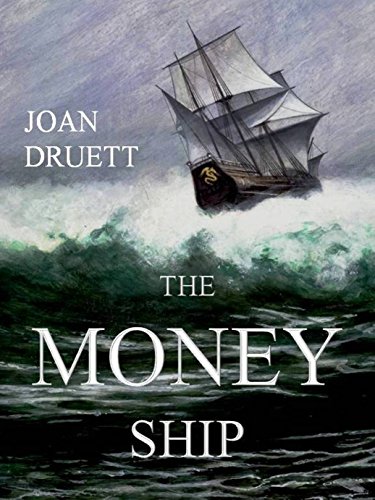 Oriental adventurer Captain Rochester spun an entrancing tale to Jerusha, seafaring daughter of Captain Michael Gardiner — a story of a money ship, hidden in the turquoise waters of the South China Sea, which was nothing less than the lost trove of the pirate Hochman. As Jerusha was to find, though, the clues that pointed the way to fabled riches were strange indeed — a haunted islet on an estuary in Borneo, an obelisk with a carving of a rampant dragon, a legend of kings and native priests at war, and of magically triggered tempests that swept warriors upriver. And even if the clues were solved, the route to riches was tortuous, involving treachery, adultery, murder, labyrinthine Malayan politics ... and, ultimately, Jerusha’s own arranged marriage.. 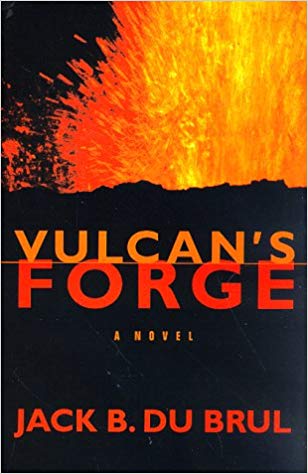 Philip Mercer, geologist and one- time commando, unexpectedly finds himself caught in the middle of a global crisis when he tries to rescue the daughter of an old friend who's being kept under armed guard at a local hospital. A nuclear bomb born undersea volcano with a rogue Russian submarine lurking near it, a violent secessionist movement in Hawaii, gun battles in the New York subway system, diplomatic breakdown in the Far East... can Mercer get us out of this mess? 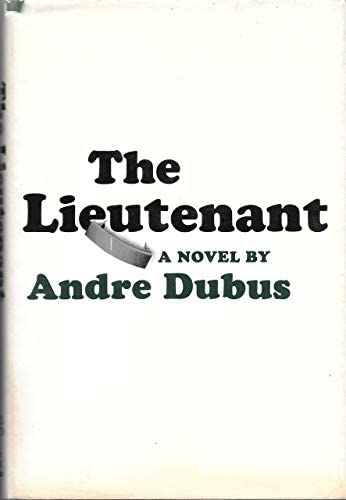 A young Marine Corps officer is under a senior Navy officer's command on an aircraft carrier stationed off Japan. When some enlisted men act out pranks that can suggest homosexual associations, the Lieutenant is held responsible and he recalls why he came to the Corps and what it means to him. 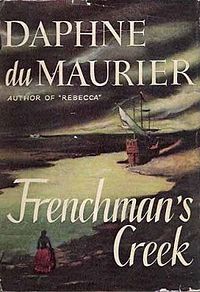 A romance novel about a woman and a pirate, some of which takes place on the pirate ship. 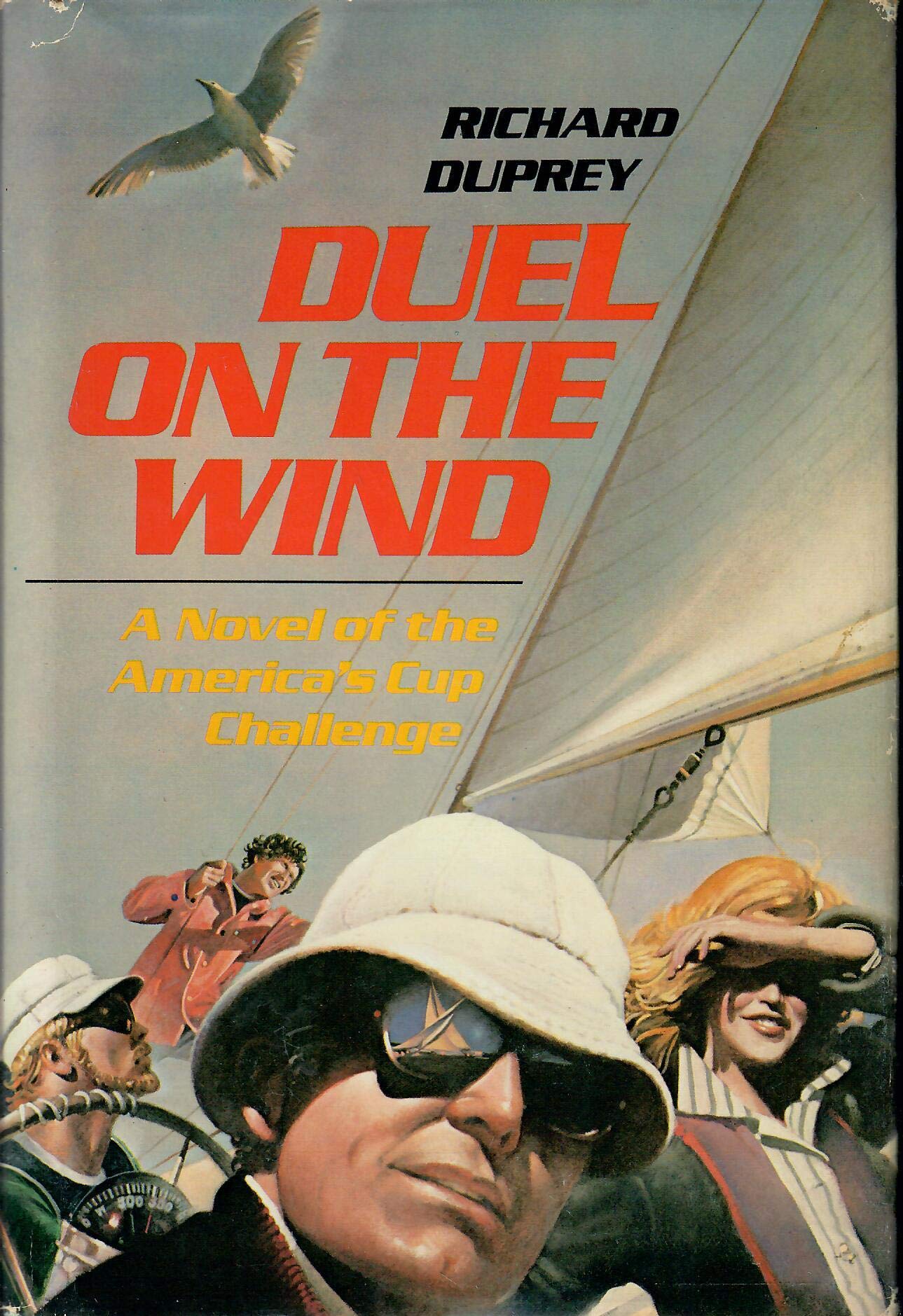 About a fictitious 1977 Cup challenge by the Saudi Arabians! 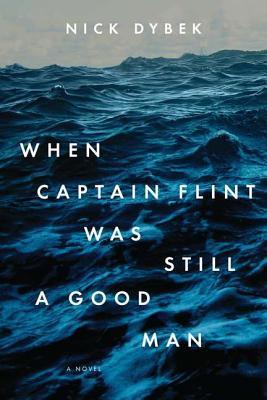 Every fall, the men of Loyalty Island sail from the Olympic Peninsula up to the Bering Sea, to spend the winter catching king crab. To Cal, Alaska remains as mythical and mysterious as Treasure Island. But while Cal is too young to accompany his father, he is old enough to know that everything depends on the fate of those boats thousands of miles north. He is also old enough to wonder about his mother's relationship with John Gaunt, owner of the fleet. Then Gaunt dies suddenly, leaving the business in the hands of his son. Soon Cal stumbles on evidence that his father may have taken measures to salvage their way of life. As winter comes on, he is forced to make a terrible choice.