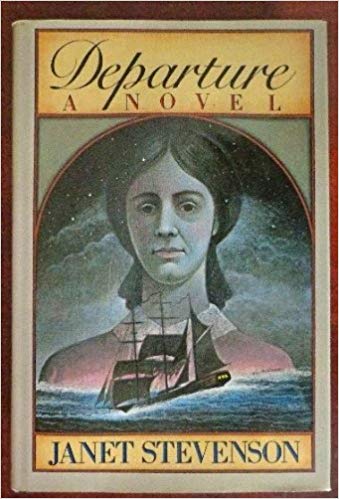 Novel about a 19th Century woman allowed to sail with her husband, captain of a merchant ship. She takes command after he falls gravely ill and, having learned navigation, gets the ship to the mouth of the Columbia River. Loosely based on an actual incident. 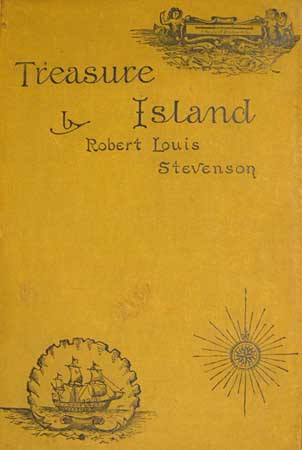 The classic grandaddy of all pirate stories. Jim Hawkins discovers a map to treasure on the Spanish Main. With the local squire and doctor, he sets out to recover the treasure -- only to discover they hired the pirates that originally buried it for the crew of their ship. 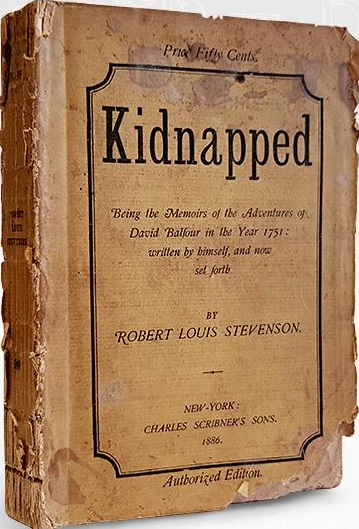 David Balfour is kidnapped and shipped off in the brig COVENANT, but escapes and is shipwrecked. 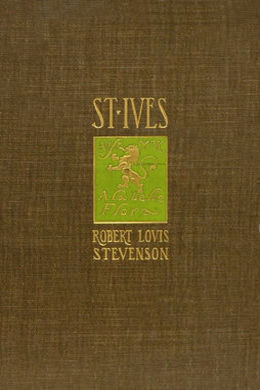 St. Ives : being the adventures of a French prisoner in England. Scribners, 1896. 438 pages

Unfinished historical novel set during the Napoleonnic Wars recounting the adventures of the dashing Capitaine Jacques St. Ives, after his capture by the British. 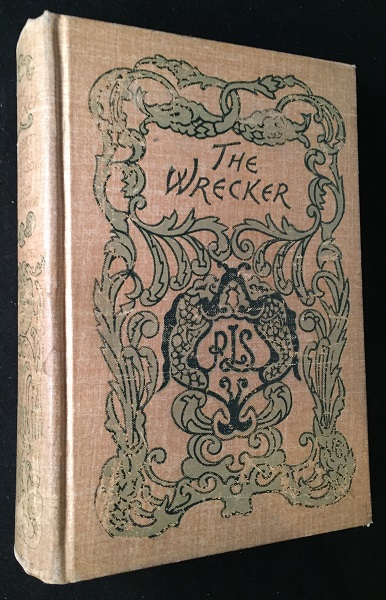 A wonderful mystery novel set in roughly 1880 or so, centering on the salvage rights to a wreck out on Midway Island. When the rights are auctioned in San Francisco, and an odd consortium bids far more than the wreck ought to be worth, Our Hero outbids them -- and then has to try to figure out what's so valuable about his wreck. 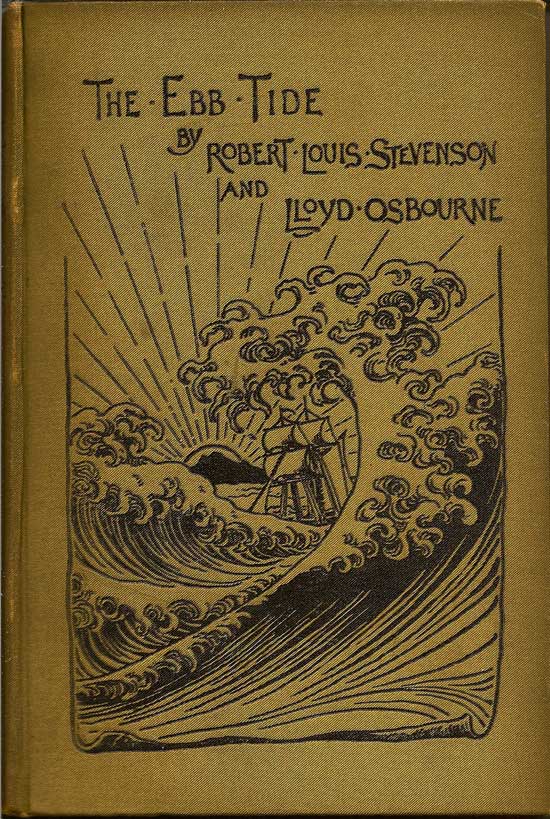 Some neer-do-wells steal a ship and discover an uncharted island on which a pearl fishery is operating. Set about 1890. 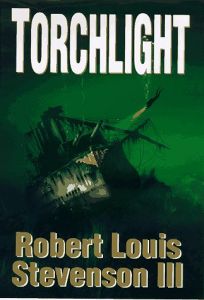 In 1917, a U-boat torpedoes an American cruiser making a secret voyage to England, which sinks in 250 feet off the coast of Rhode Island. On board the cruiser is a fortune in American Double Eagle twenty-dollar gold coins. These coins were to be used to keep the Russians in the war against Kaiser Bill. Today, a ruthless arms dealer with the very highest connections in Washington wants to use the treasure to buy nuclear weapons from the former USSR. He acquires the assistance of two ex-SEALS, who, unbeknown to him, are connected to American Intelligence! Throw in some romance and double crosses, but the realistic deep-water diving scenes are the centerpiece and most memorable parts of the novel. 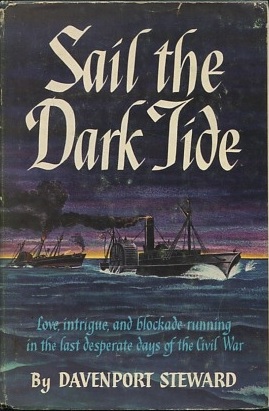 Blockade runners operatating out of Nassau during the Civil War. 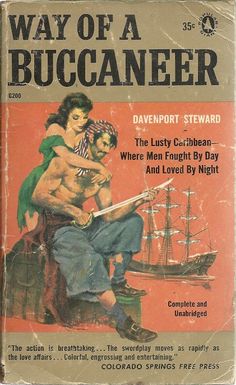 English youth escapes from Spanish treachery when his father is killed and his ship stolen. He takes up with the maroons in Jamaica, grows into manhood, then gets captured and enslaved by the Spanish. After a long period he is liberated by buccaneers, joins Morgan's raid on Porto Bello, and becomes a buccaneer captain. 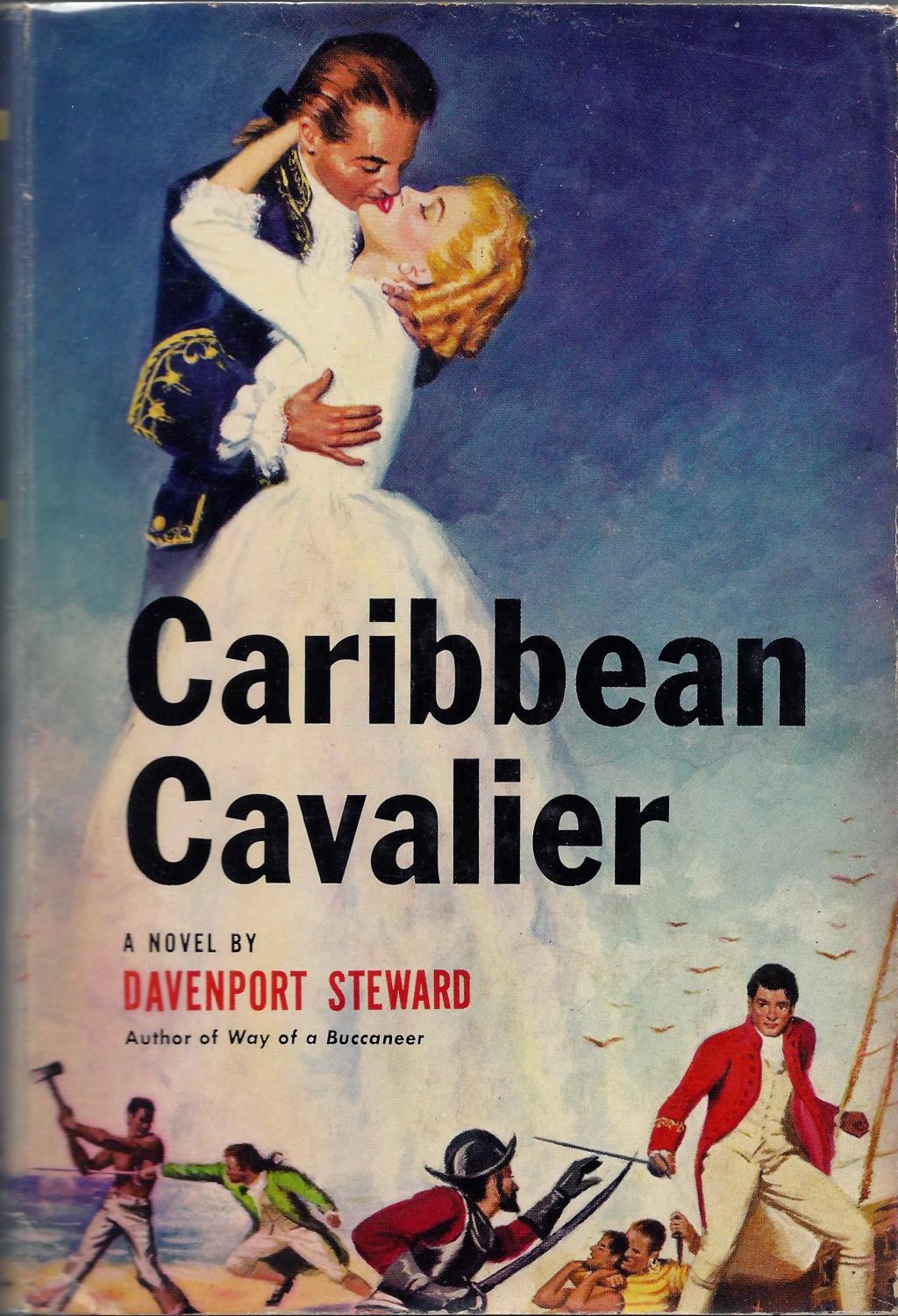 Professional soldier on his way to visit an ill brother in Georgia gets caught up in the opening of the War of Jenkins Ear. After escaping Spanish imprisonment, he seeks revenge by becoming a privateer. 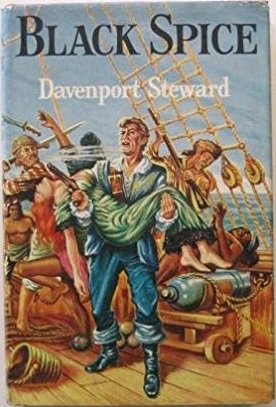 Learning the war with England is over in 1815, having a prize ship taken from him, Scott Rogers comes home to Charleston to find his wife dead and a baby son cared for by his in-laws. With the chance to head to the Orient to try for the pepper trade on Sumatra, he is off, with his own ship, his brother-in-law and Hosea Fox, of Massachusetts, as his right hands. 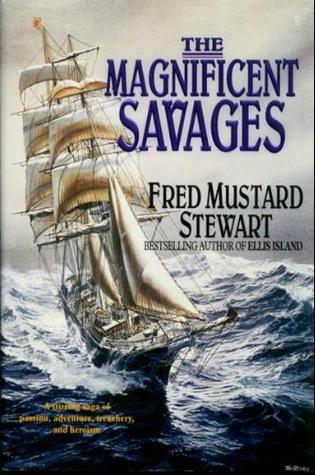 The illegitimate son of an American shipping magnate signs on to one of his father's clipper ships. Marked for murder by his half brother, he's saved by a missionary's daughter, only to be attacked by pirates & taken as a slave in China. 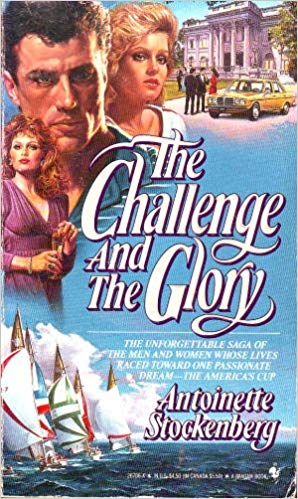 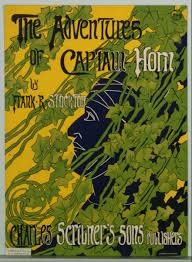 A typical late 19th century adventure story, with 2 shipwrecks, Aztec gold, and a shootout with a murderous gang. 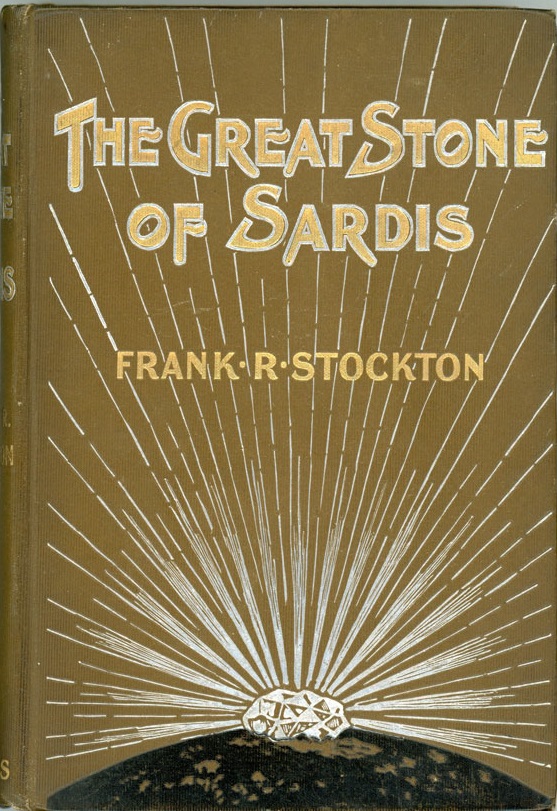 Set in 1947 this futuristic novel recounts Arctic submarine exploration and a journey to the Earth's center.

Based on real events from history, the story of one man’s journey from pressed man to Admiral in the Great Age of Fighting Sail. 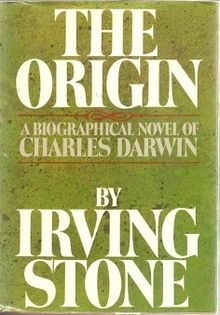 The Origin : a biographical novel of Charles Darwin. Doubleday, 1980. 743 pages

Details the life of Charles Darwin from his notable trip as a naturalist on the Beagle through his mature career as a widely respected but still controversial scientist. Nautical part is his voyage with Fitzroy in the BEAGLE. 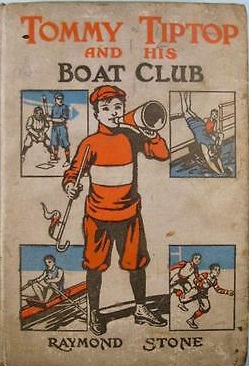 Tommy Tiptop and His Boat Club, or, The young hunters of Hemlock Island. Graham & Matlack, 1914. 126 pages

Tommy Tiptop is the born leader of his neighborhood and is always getting up ideas, teams, projects, trips, etc. This time he forms a boat club. He's a nervy and responsible little lad and of course everything goes very well indeed in the club's first race. A Stratemeyer Syndicate title. 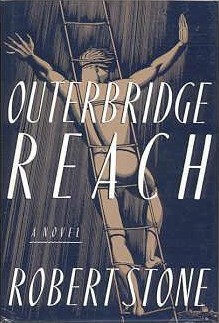 A decision to enter a solo round-the-world pits man against the sea and impinges on relationships he has established ashore. With an episode inspired by the Crowhurst disappearance in the 1960s during a similar race, this novel concerns love, betrayal, and self-betrayal. 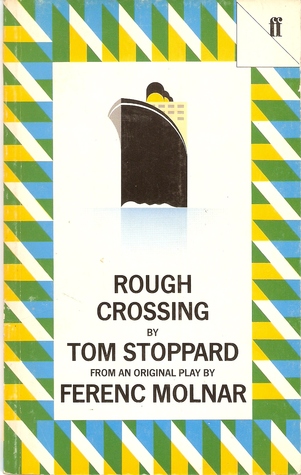 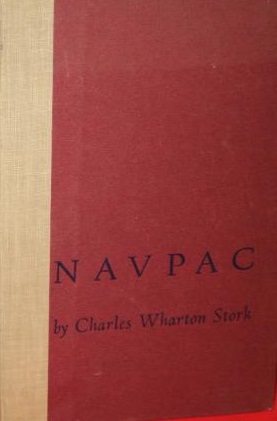 Long poem in tribute to the US Navy Pacific campaign in WW II. 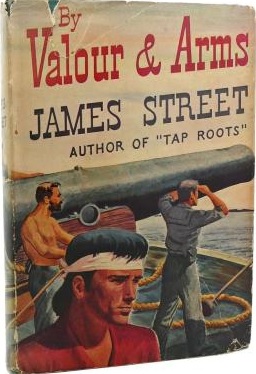 The Civil War battles for Vicksburg form the backdrop for this novel. Even though the North controlled most of the Mississippi River throughtout the Civil War, it wasn't until July 4, 1863 that Vicksburg fell. While following the exploits of a confederate naval gunner through his service on the truly amazing CSS ARKANSAS in the summer of 1862 and his efforts to find iron to build a new ARKANSAS during the following year, Street manages to include a lot of history and seemingly authentic and fascinating insights into the politics and social customs of the times. He presents a fairly thorough picture of the laws and attitudes about slavery and the relations between black and white, northern and southern sympathizers, high society and low, without letting it get in the way of a good story with lots of action. 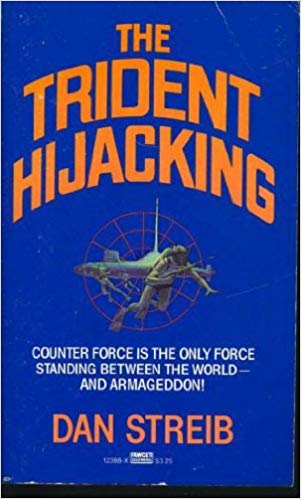 Counterforce #2. "The super strike team that takes on the jobs the CIA won't touch". 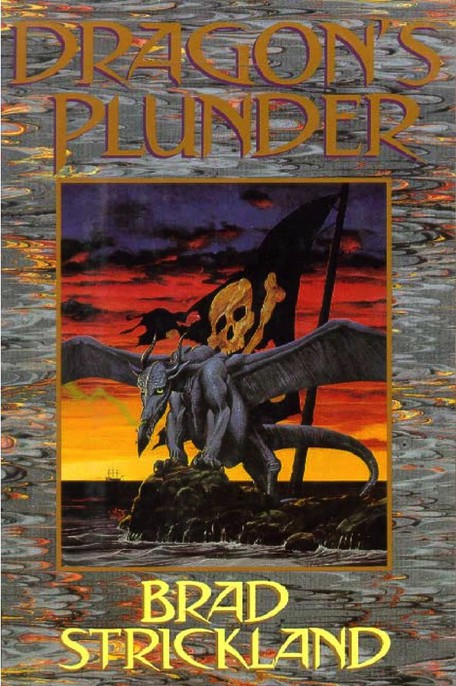 Having been kidnapped by former pirates because of his ability to whistle up the wind, fifteen-year-old Jamie agrees to help their leader, a living corpse, find the dragon of Windrose Island. For young readers.