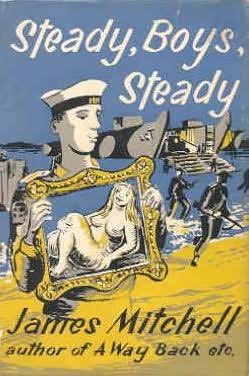 Humorous account of a serious war fought by characters from all walks of life who find themselves in WW II special forces, the Royal Navy Commando. Rigorously trained in the Scottish Highlands, they survive to die on the beaches of Dieppe, North Africa, Sicily and Reggio. 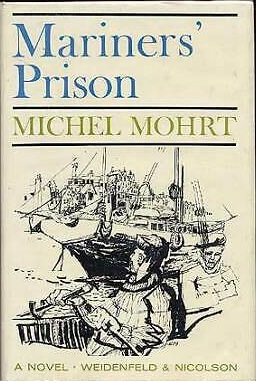 Translation of La Prison maritime. Sea-going adventure based on an actual plot, when nationalists of Brittany wanted to separate from France and join Ireland and Wales. The book won the Grand Prix du Roman of the French Academy. 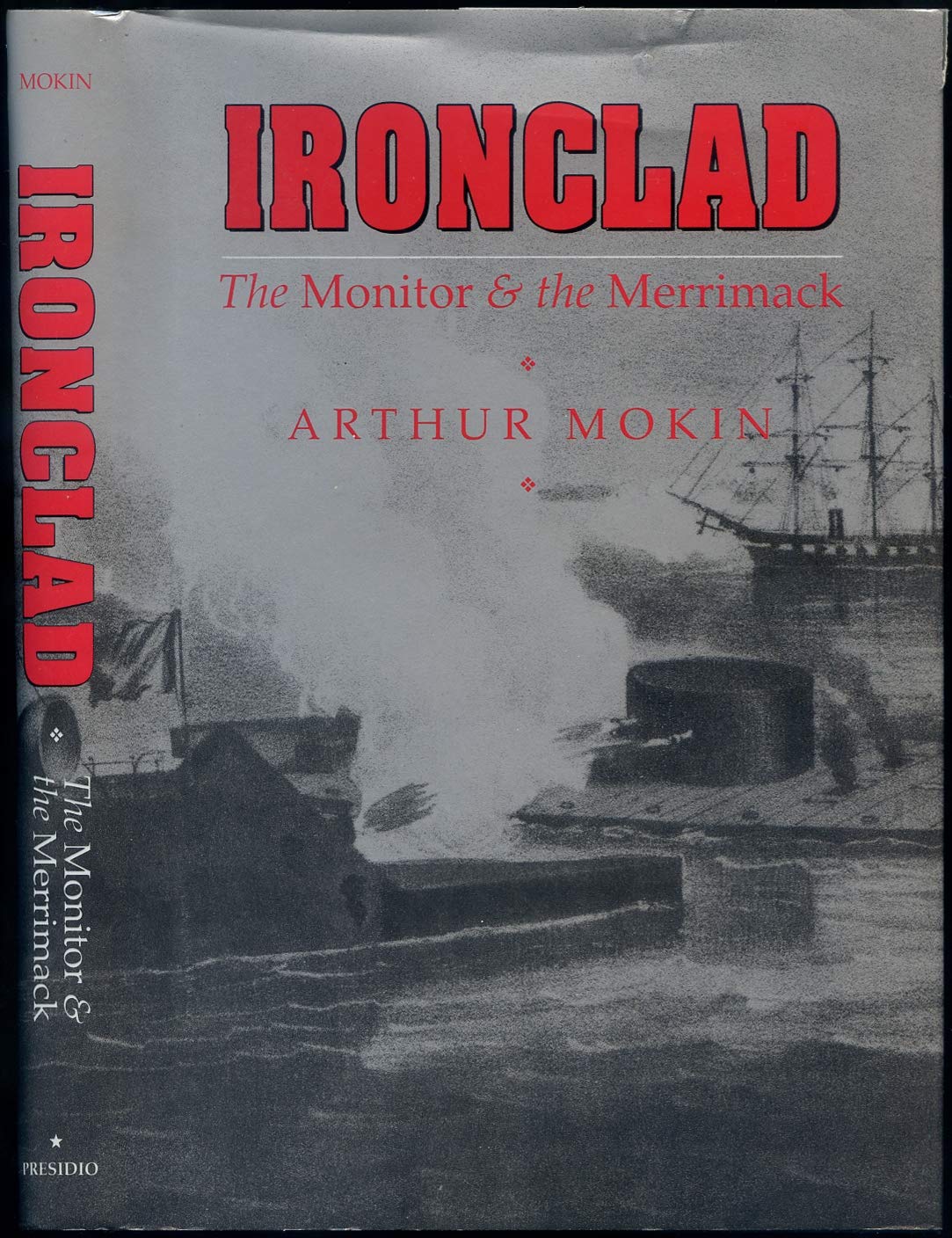 The mood in Washington in 1861 is bleak. The army is stalled, and rumors abound about the Confederate navy's steel-shelled war machine, when Secretary of the Navy Wells calls upon Captain John Erickson and his bizzare experimental craft, the MONITOR. 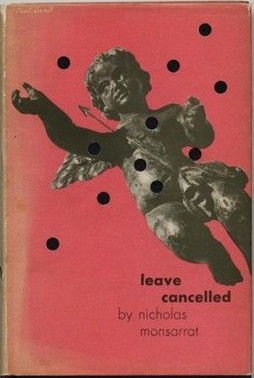 A navy officer and his young wife concentrate their passionate love into twenty-four hours, knowing that it might be their last chance. 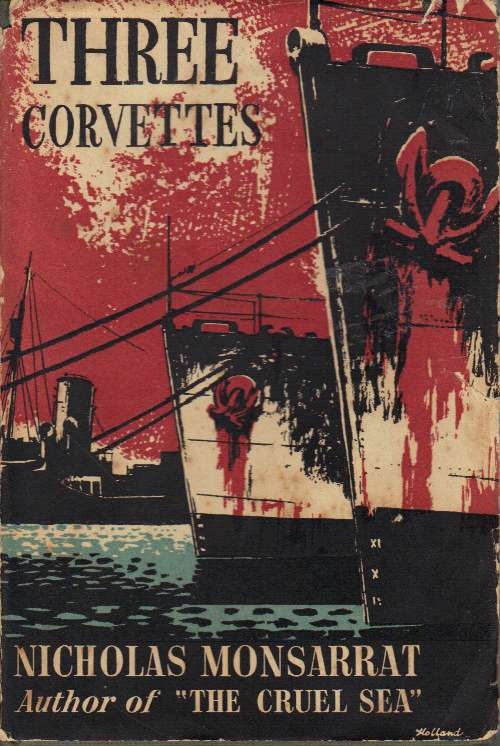 Monsarrat's own recount of his time spent in Corvettes during World War II. Includes b/w photographs taken by Monsarrat and others. 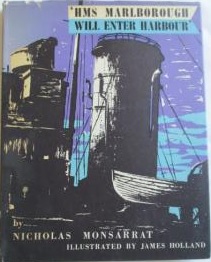 An old sloop, homeward bound, is torpedoed, leaving her guns out of action, more than three-quarters of her crew dead, and radio contact impossible. But her valiant captain steadfastly refuses to surrender his ship. 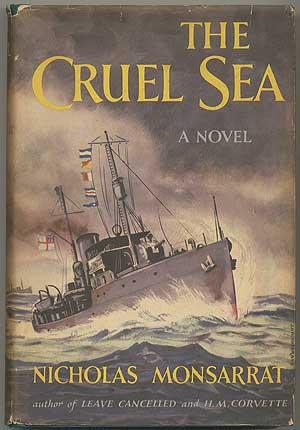 WW II convoy escort, and his best by far. 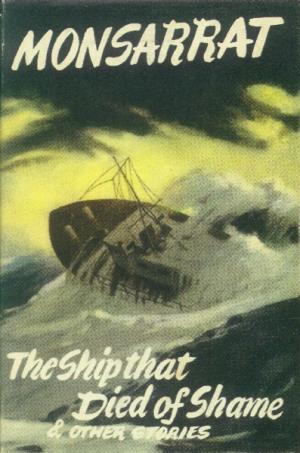 Contents: The ship that died of shame -- Licenced to kill -- The man who wanted a mark nine -- The Thousand Islands snatch -- I was there -- The dinner party -- Oh to be in England!-- The list -- The reconciliation -- Up the garden path. 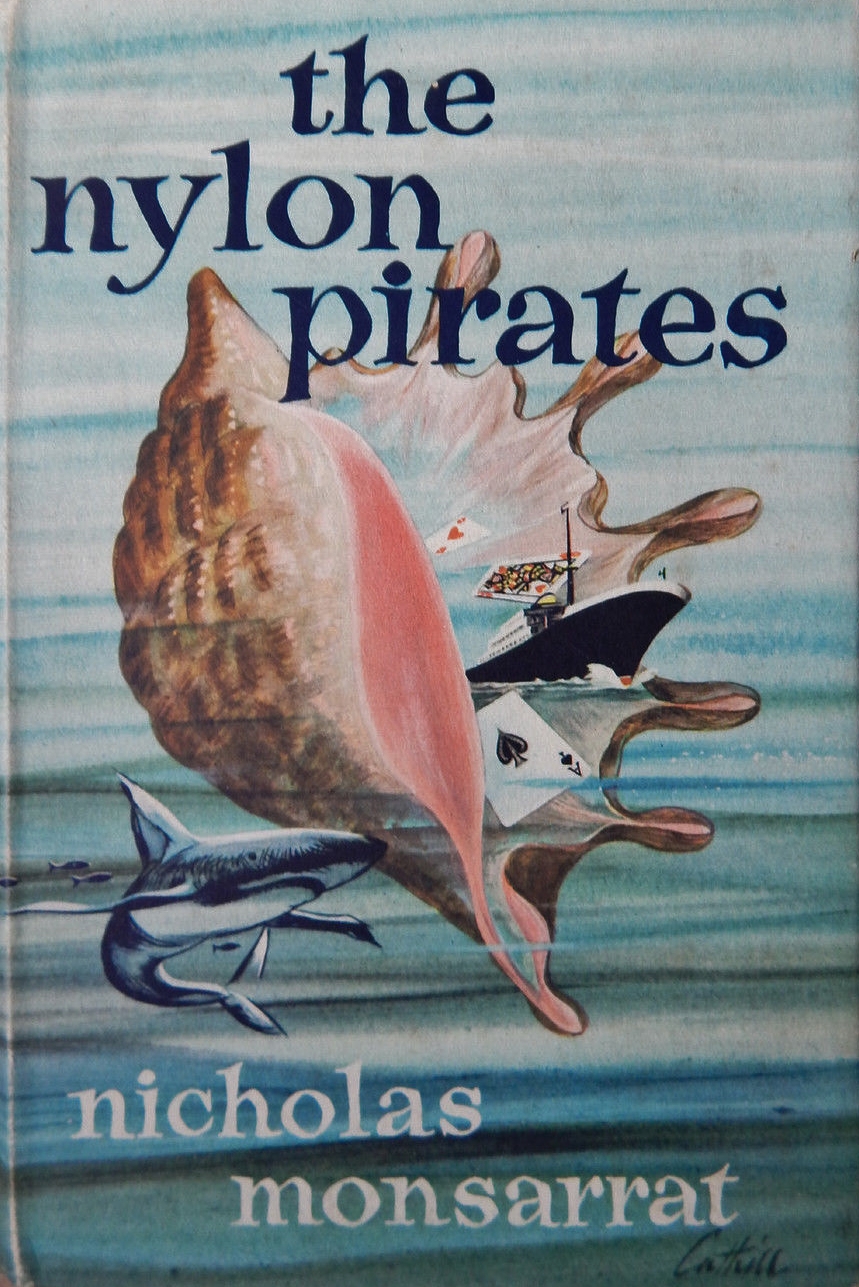 A group of con-artists join the passengers of a "millionaire's cruise" as part of their plan to separate the other passengers from their cash and valuables over the three-month voyage. 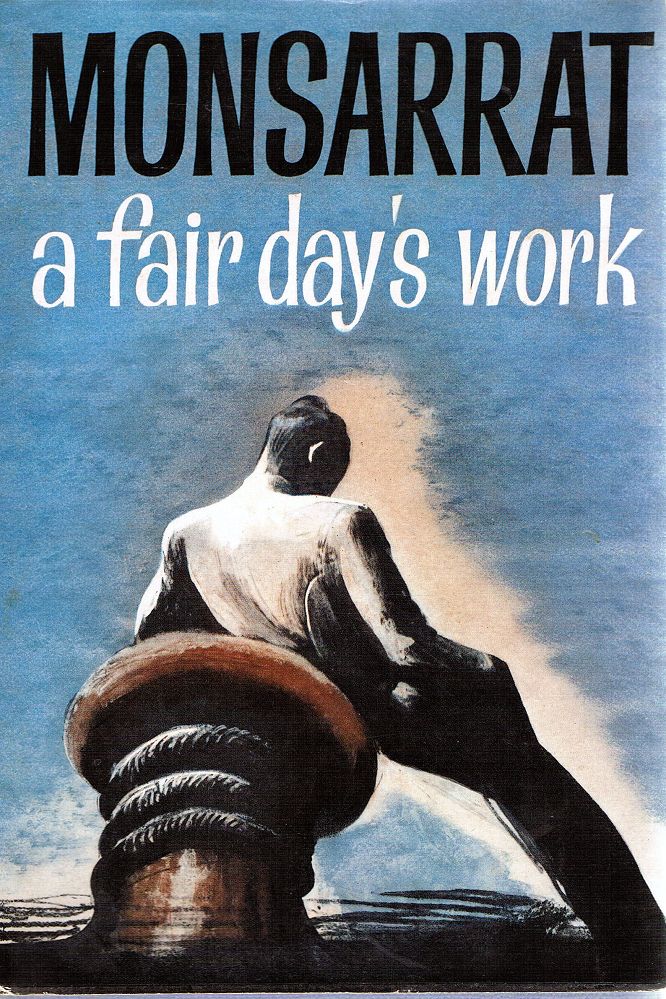 A cruise aboard modern ocean liner with labor problems. Liverpool Docks, on Merseyside - a senseless strike threatens to delay the departure of an ocean liner. As the last of the passengers come aboard, including the shipping line's chairman, the drama increases with the threatened walk-out of the stewards. Below deck, agitation and unrest mount as the tide water rises and the vital hour for sailing approaches. 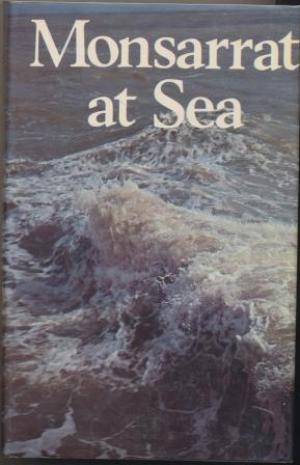 Collection of Monsarrat's nautical writing, both fiction and non-fiction: The Longest Love, The Longest Hate; Three Corvettes; I Was There; A Ship to Remember; HMS Marlborough Will Enter Harbour; The Ship that Died of Shame. 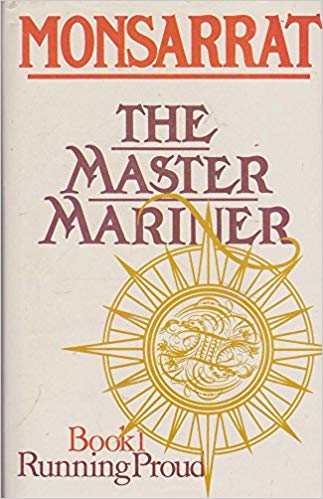 Book one of a planned series. "Damned to immortality by a spectacular act of cowardice during battle with the Spanish Armada, young Matthew Lawe is sentenced to an eternity at sea....he rides... history with Henry Hudson, Henry Morgan, Lord Nelson, and others..." 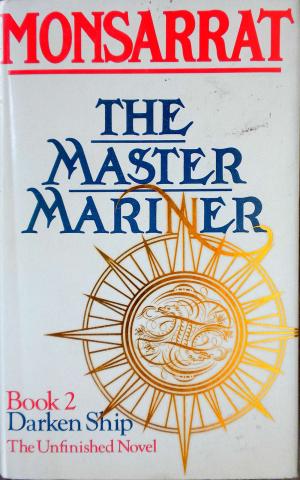 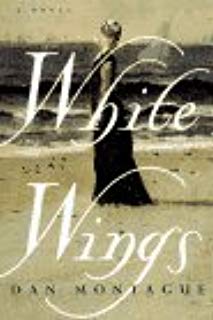 The story of a Herreshoff Buzzard's Bay 15 and the three generations of women associated with it. The central character is a sailboat which over the years has been the setting of blissful outings, clandestine loves and battles against the sea. The story of the boat and of its lady owner is pieced together by a teacher who is restoring it. The author apparently really did his homework and knew the boat model intimately. 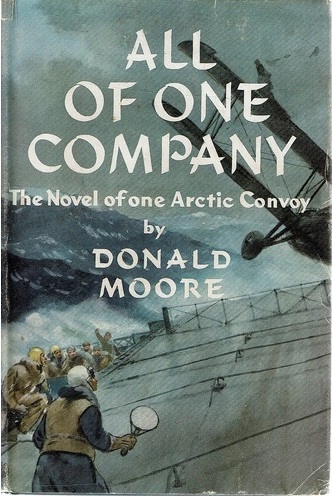 U.S. title: Scramble Six Hurricanes. Northern convoy November 1943 - Royal Navy escort group sets out for Russia escorting Convoy PQ 63. Focusing mainly on the Woolworth carrier HMS VISCOUNT with her Hurricanes, Swordfish and escorts; day by day -m watch by watch - we follow the convoy's progress; from the viewpoint of the convoy - there are no insights into the higher command on either the Allied or German side. The escort groups air-ops and anti-sub tactics are particularly well done. 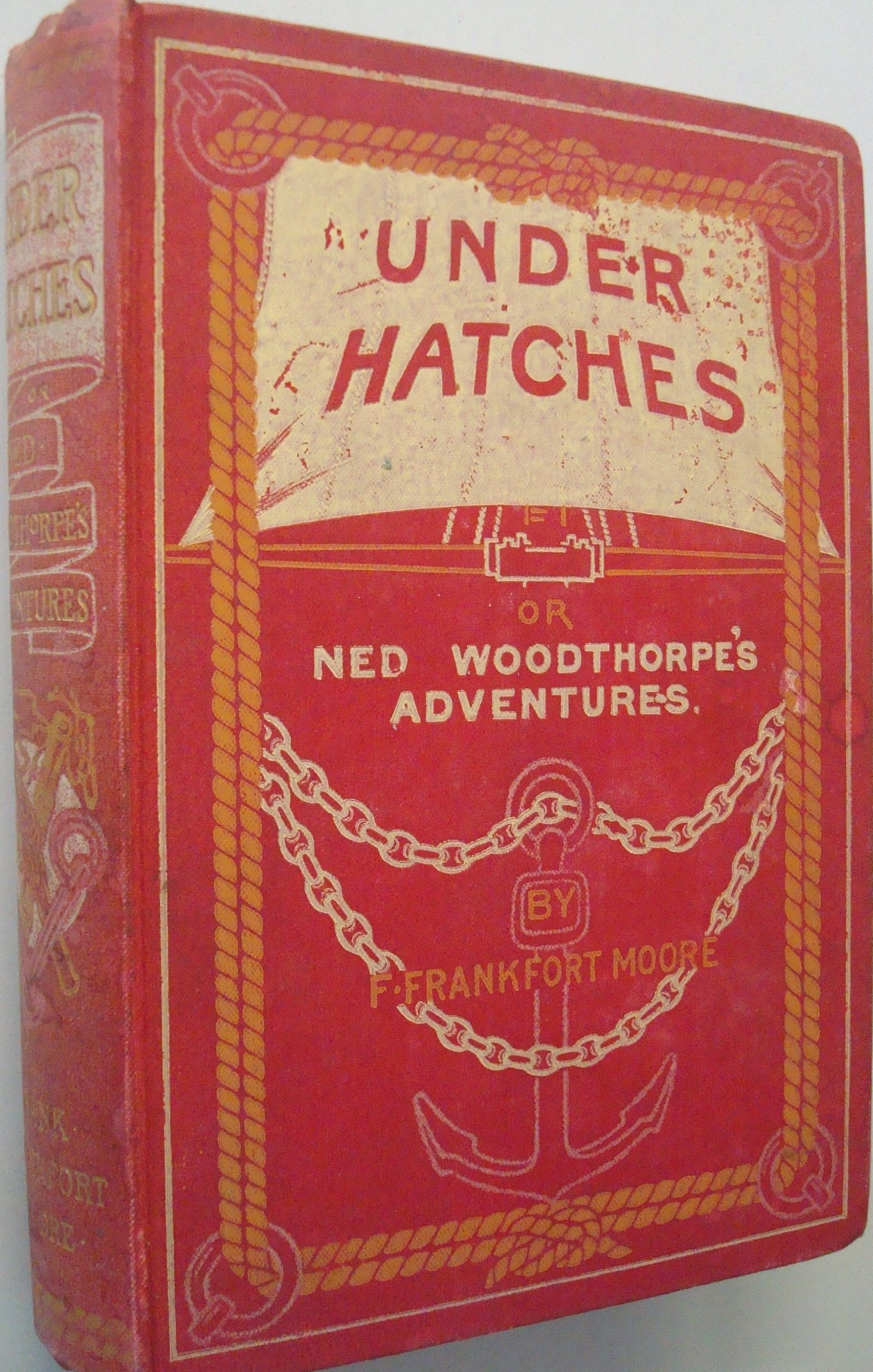 Set in 1830. Sixteen-year old Ned, washed out to sea while saving a life, is picked up by a ship taking convicts to Botany Bay. In the Indian Ocean the crew and convicts mutiny, setting the officers and Ned afloat in a cutter, in which they sail to a desert island. The mutineers arrive two days later and swarm ashore. Ned and the the officers fight to recapture the ship. 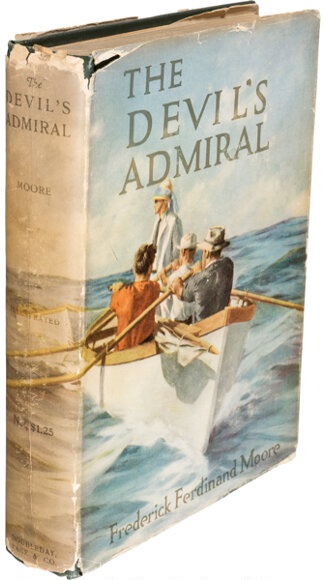 Tale of a cargo ship sailing out of Manila into the China Sea with pirates, murder and villainy afoot. 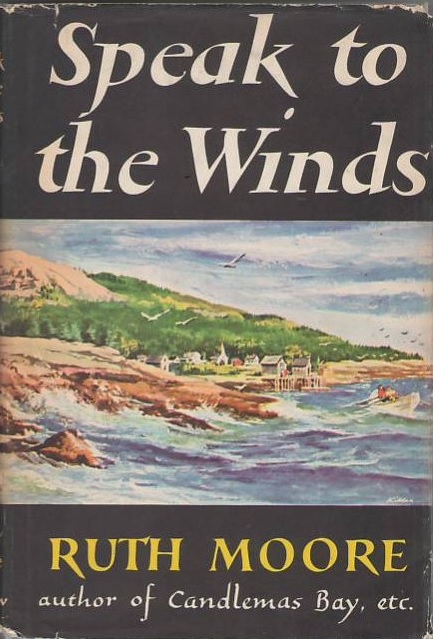 A feud engulfs the entire population of a small island off the coast of Maine.

Chronicles the lives of a fishing boat crew and their families in a small New England fishing village over the course of one year. Nicely written, and captures well the way a small crew get on (or don't get on) together in a small boat.