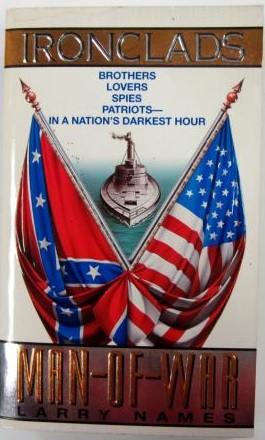 Events leading up to the siege of Ft. Sumter at the beginning of the Civil War. Focuses on the effort of a pacifist northern woman who is part of a shipping firm to head off the war, while various Sothrons -- including Rafael Semmes, and an oversexed southern belle -- attempt to spy out Union attempts to reinforce Sumter. Despite the title, ends before any ironclads appear. 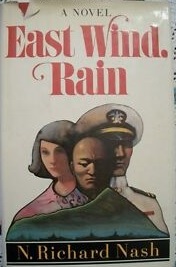 It is November 1941. A Navy Lieutenant in the intelligence section at Pearl Harbor is castrated, then dies under mysterious circumstances. Was this due to his liaison with the wife of an Issei or did he come too close to a secret that the IJN was trying to protect? His brother-in-law, another naval officer, seeks the answer only to be obstructed by his rabidly anti-Japanese commanding officer.

The Flying Dutchman, a Legend of the High Seas. Henry Colburn, 1839. 3 volumes

West Indies in the 1760s. Lt. Ramsay, RN falls in love with Angela, his captain's daughter. The tyrannical captain resolves to accomplish Ramsay's ruin, has him dismissed the service on a trumped up charge, presses him as a common seaman, and maroons him on a desert island. Ramsay's friend, a mysterious corporal of marines, strangles the captain and drops the body overboard. The crew mutiny and elect the corporal as their leader. Another ship, carrying Angela, attacks the mutinous frigate, but loses the battle and is abandoned in sinking condition. The waterlogged wreck drifts ashore on Ramsay's island. He revives the dying girl, they marry, and live an idyllic life for a year. Meanwhile the corporal contrives a plan to disguise the frigate as the dreaded Flying Dutchman, so un-nerving their opponents and winning every battle. Eventually the Ramsays are rescued, the mutineers meet their just deserts, and the corporal's true identity is revealed. Contains two excellent court martial episodes (Neale was both a seaman and a lawyer). A brisk, technically accurate, and fast moving novel.

Picaresque novel, set in England, Ireland, and Haiti. Hero Paul is tried and convicted for the murder of a man who had disappeared, having been seized by a pressgang. Paul escapes to Ireland, then to the West Indies, surviving many vicissitudes, including piracy and plank-walking and events during revolt in Haiti by blacks led by Toussaint L'Ouverture; all is well in the end, virtuous triumphant, wicked punished ("that is what is meant by fiction" - Oscar Wilde). Eveline is a startlingly forceful heroine for the time: she wields gun and sword in unsuccessful defence of her father's vicarage in Ireland when the peasantry attack, is taken and raped, later escapes and for most of the rest of the novel poses as a man and fights fiercely on sea and land. An extraordinary feature is that the pressed man is left on a storm-beaten shipwreck from page 128 to page 598, reappearing just in time to resolve the plot!


The Pride of the Mess: A Naval Novel of the Crimean War. George Routledge and Sons, 1855. 268 pages


Will Watch : from the auto-biography of a British officer. J. Cochrane, 1834. 3 volumes 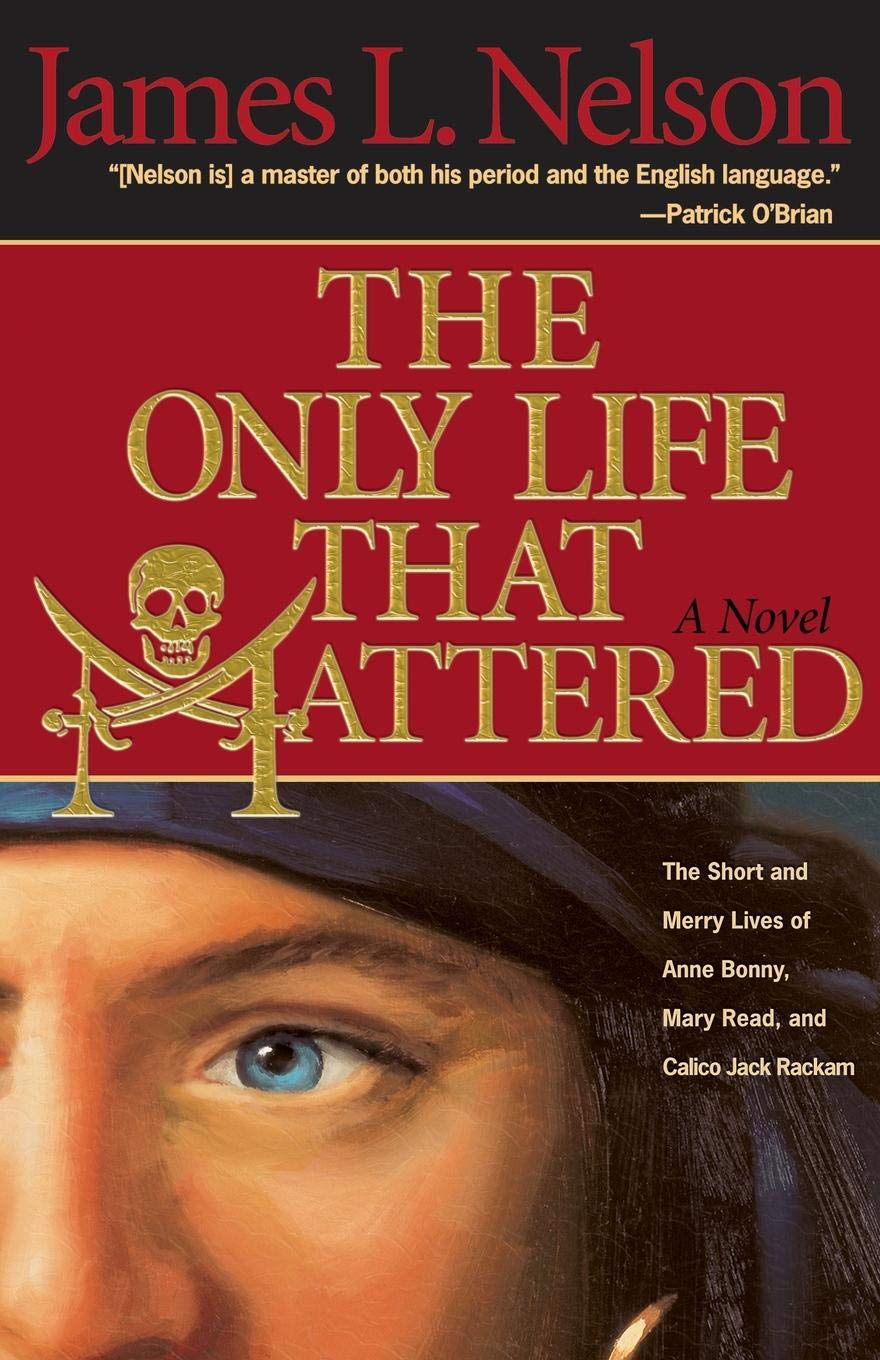 The Only Life That Mattered : the Short and Merry Lives of Anne Bonny, Mary Read, and Calico Jack Rackam. McBooks, 2004. 414 pages

Based on the real-life female pirates of the West Indies, this novel of swashbuckling on the high seas in the eighteenth century finds adventure-seeking Anne Bonny teaming up with Calico Jack Rackham to raise the skull and crossbones over the Caribbean. 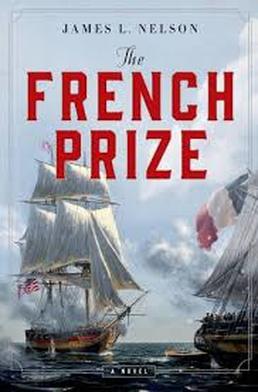 Jack Biddlecomb, son of esteemed naval captain Isaac Biddlecomb, finds himself off to a promising start when he's given command of the merchant vessel Abigail bound from Philadelphia for Barbados. But even before the dock lines are cast off, the voyage begins to look like a stormy one indeed. Jack is saddled with two passengers, one as unpleasant as he is highborn, the other a confidant of the Abigail's owner who cannot help meddling in the running of the ship. What Jack does not know, but soon begins to suspect, is that he is being used as part of a bigger plot, one that will have repercussions on an international scale.

The Voyage of the Fleetwing, a Narrative of Love, Wreck and Whaling Adventures. De Wolfe, Fiske & Co, 1886. 443 pages 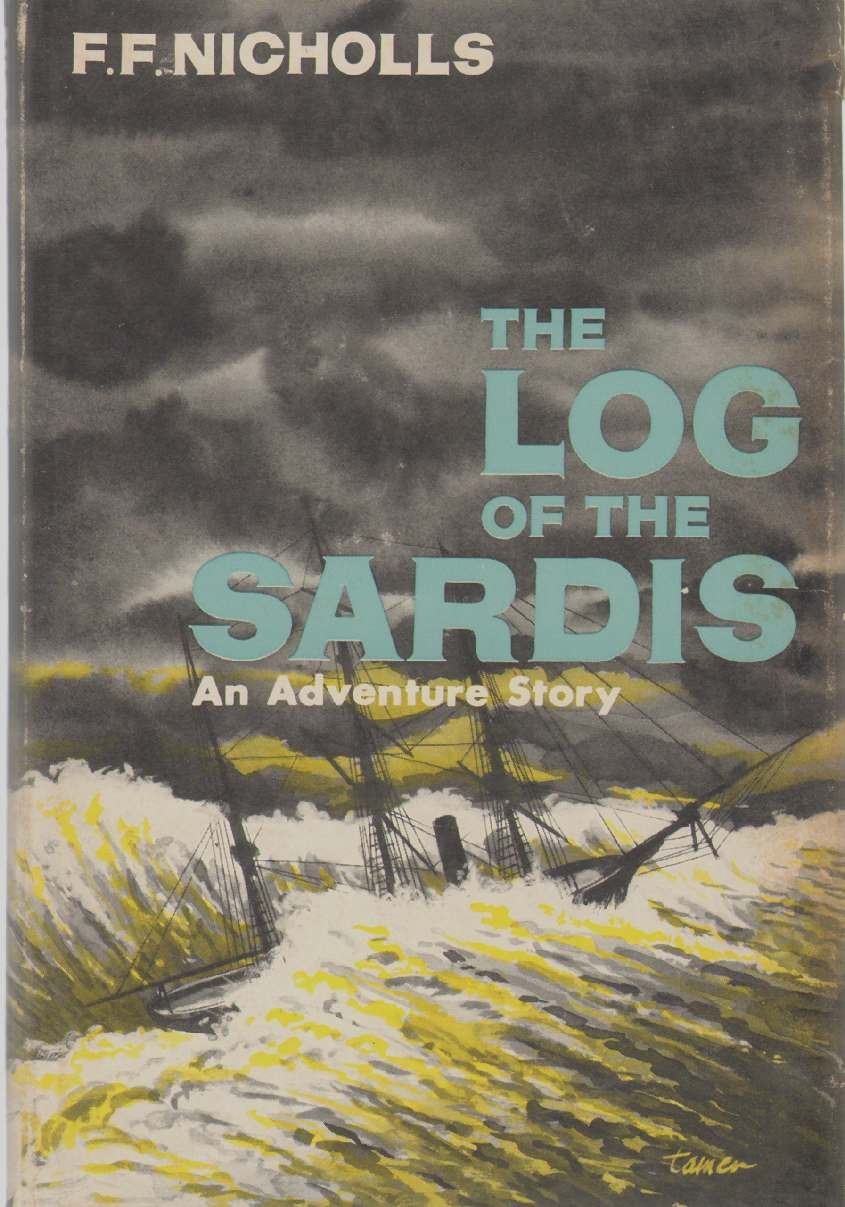 Damage to the navigation equipment causes problems aboard an America clipper ship. 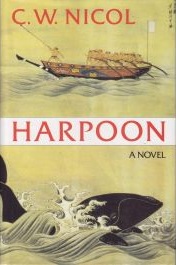 Japanese 19th century whaling epic as told from the point of view of two brothers from a Japaneses whaling village -- one who stays in the village pursuing traditional Japanese whaling practices, the second who leave to learn how the Gaijin westerners whale. 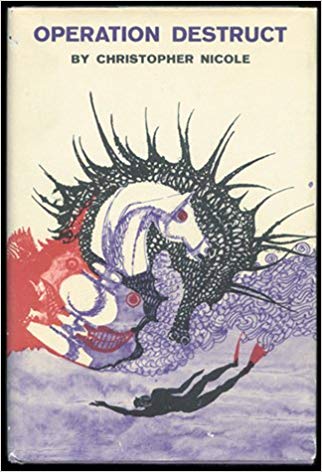 Assigned to investigate the death of a fellow agent in the wreck of a Russian trawler, British spy Jonathan Anders must outwit the Russians, who want him dead, and the British police, who want him for murder. 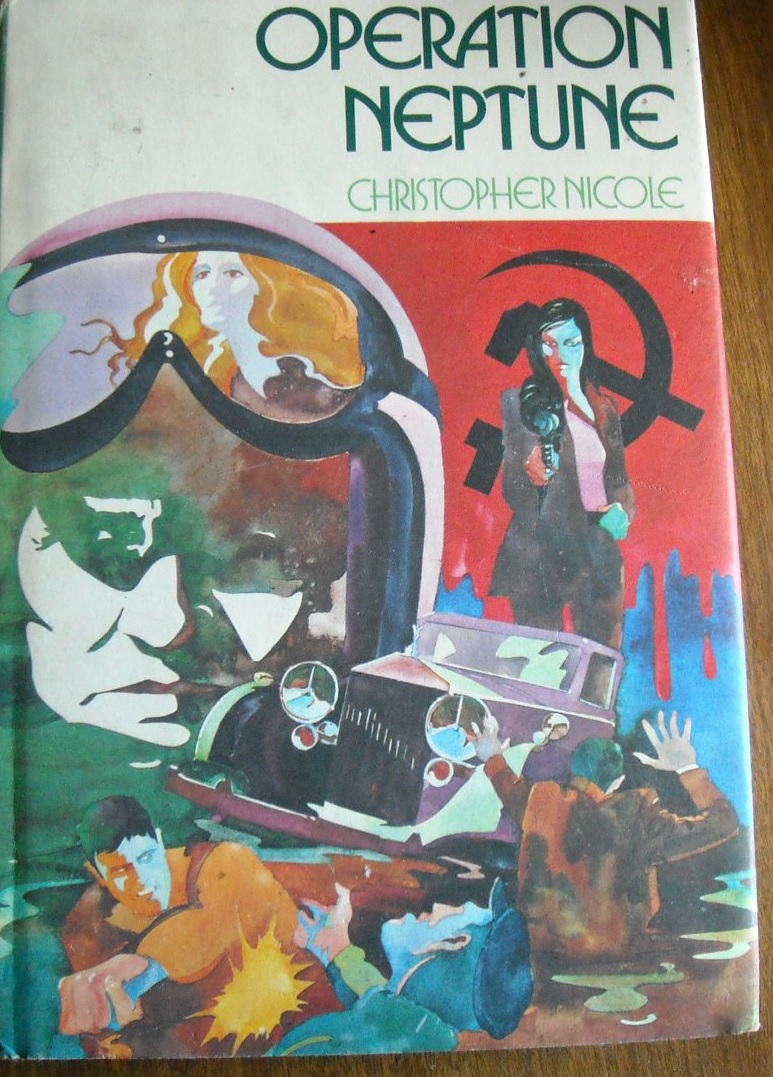 Jonathan Anders is sent on assignment by British Intelligence to locate notes on an invention that will enable man to move about freely underwater. 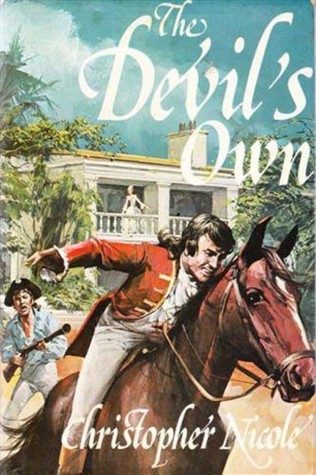 Shipping out with Sir Henry Morgan. 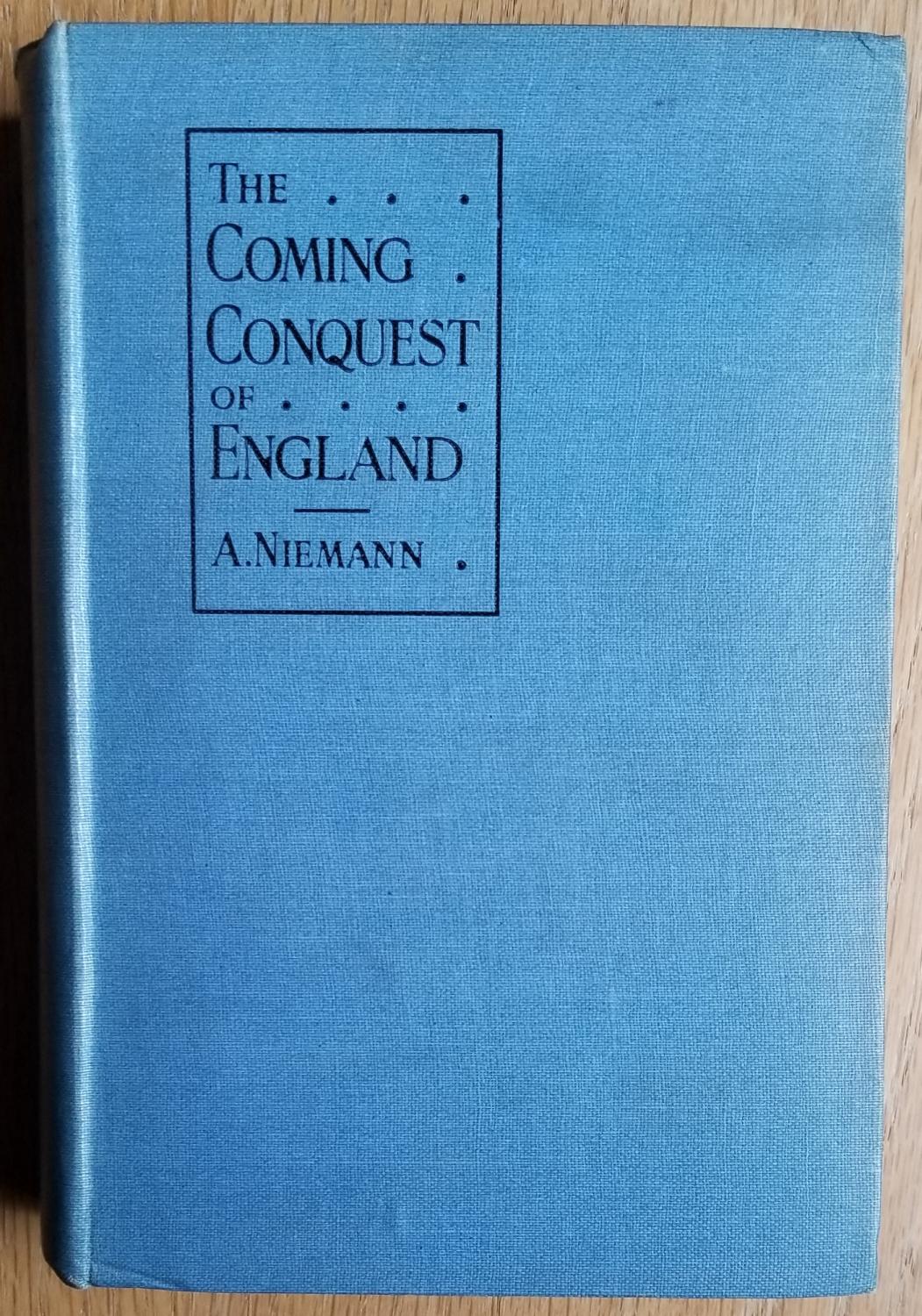 Translation of Der weltkrieg, Deutsche traüme. Not a brilliant piece of work, and only fifty percent naval, but every bit as important as Erskin Childers Riddle of the Sands as a whistle blower to alert the British public to the dangers of German naval expansion.